After years of a booming economy, the coronavirus pandemic has wreaked havoc on our state and 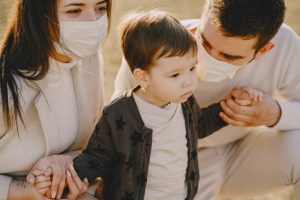 national economies.  Non-essential businesses have been forced to close and millions have become unemployed.  Many others who have held onto their jobs have had their hours or pay reduced.  The pandemic has caused households to struggle financially and many are worried about how they will pay their bills and trying to determine how they can reduce expenses.   What are  the options to modify alimony and/or child support obligations if one or both parties has experienced a reduction in income or a loss income due to the coronavirus pandemic?

If one or both litigants cannot resolve the issue on their own, a lawyer and/or mediator can offer up assistance to resolve the matter.  A resolution is going to require both parties to be reasonable and understanding.  The person receiving support may need to be understanding of the obligor party’s financial distress and worry.  The person paying support may need to understand that alimony and child support may represent all or most of the receiving party’s income and that party cannot apply for unemployment benefits to replace lost support. The matter is more significant when there are children that have to be cared and provided for, and that is paramount.

If the parties cannot come to an agreement, can the court offer relief?  The courts have not been having hearings but for emergency matters, and financial disputes are generally not considered emergent.  However, the courts in New Jersey have risen to the occasion and applications to modify support can be filed electronically. A Family Division judge can decide the matter based on the review of the papers alone if that is requested, or the judge can conduct oral argument, settlement conferences and the like via telephone and/or video conference.  The courts are still open to conduct family law business.

END_OF_DOCUMENT_TOKEN_TO_BE_REPLACED 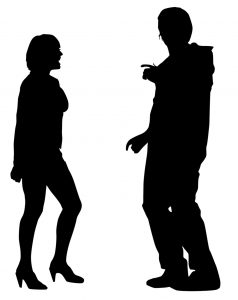 devastating. It has been dramatic and sudden. It has reached every corner of the globe. It has affected virtually every institution – political, economic and social. It has touched every community, every family and every person in some way. For those already going through the personal upheaval of divorce, it’s emotional and financial consequences have only served to make a difficult situation even more stressful and complicated. Even though the vast majority of divorce cases will end up being resolved by the parties by way of a negotiated agreement, the pandemic’s impact has clearly had a drastic effect upon the parties’ ability to negotiate a resolution of their cases at this juncture.

Front and center on our website is the quote from Justice Brandeis: “Nothing is settled until it is settled right.” The pandemic has certainly put this to the test. Until six to eight weeks ago, we were in the midst of a period of sustained economic prosperity. Unemployment was at historic lows. Incomes and wages were up. Businesses were flourishing. The stock market and other investments were at record highs. The real estate market had finally rebounded from the impact of the recession years earlier. One of the biggest keys in trying to negotiate a resolution of a divorce case is having some sense of stability in regards to the family’s financial picture now and of its predictability into the future. When it comes to issues of support, a payor spouse’s willingness to commit to an amount to pay is not only tied to what he or she is earning then, but the reliability of these earnings going forward. When it comes to the division of assets, determining what allocation or distribution of same would be fair and equitable depends not only on being able to identify and value those assets at that time, but some level of predictability of what will happen with those assets into the future. Until recently, that task seemed fairly easy. However, the pandemic has swiftly turned this process on its head.

Record employment has turned to record unemployment in a matter of weeks, largely the consequence of the government’s policy to shutdown “non-essential” businesses in an effort to blunt the spread of the virus. Twenty-two million claims were made for unemployment in the past three weeks alone. Even if people didn’t lose their jobs, they may have suffered a reduction in hours or pay. Social distancing and stay home requirements have further curtailed many jobs and other economic activity. Many businesses have been closed or have seen their revenues drastically reduced. To make matters worse, no one has been able to predict with any level of certainty how long the shutdown will last – weeks, months, until there is a vaccine – or even what the impact all of this economic dislocation will have either short-term or long-term. Whenever it is over, will things simply return to the prior “normal” or will a new “normal” come into being? Will people get their old jobs back? Will there even be businesses or jobs to return to? How much will future earnings be impacted? Will the stock and financial markets rebound?

END_OF_DOCUMENT_TOKEN_TO_BE_REPLACED

Due to COVID-19, New Jerseyeans, among others, are experiencing difficult financial times. While there 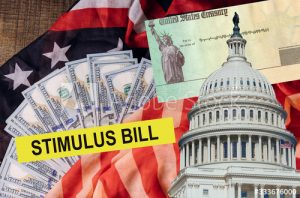 has been action by the government to ease financial burdens such as staying evictions and forbearing mortgage payments, the fact of the matter is that ensuring the receipt of child support during this time is critical. Children need the financial support of their parents in good times and bad times. The coronavirus relief bill includes direct cash payments to help people through the crisis — but one red flag that can cost otherwise eligible Americans money is owing past due child support.

When a parent does not make child support payments on time, the overdue payments are called arrears. In order to collect arrears there are various measures that can be taken against a parent that owes child support such as the following:

END_OF_DOCUMENT_TOKEN_TO_BE_REPLACED 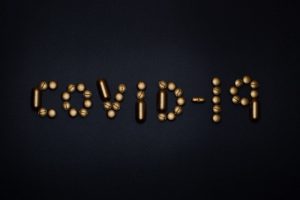