END_OF_DOCUMENT_TOKEN_TO_BE_REPLACED

One hundred and fifty two years ago, over the course of July 1-3rd 1863, the armies of the Union and Confederacy met in the sleepy town of Gettysburg, Pennsylvania and engaged in the largest military battle ever fought on the United States soil.  The Union’s victory at the Battle of Gettysburg and General Robert E. Lee’s retreat of the Army of Northern Virginia back south, under cover darkness on the evening of July 4, 1863 is often referred to as the turning point of the Civil War and the beginning of the end for the Confederate States of America.   END_OF_DOCUMENT_TOKEN_TO_BE_REPLACED

New Jersey has since the Divorce Reform Act of 1971 stood in the forefront in developing the law as it relates to Marriage and Divorce. We have over the years defined the law, and the Nation has followed and adopted some of our theories as to the distribution of property and the valuation of assets. It has been my pleasure to have been a divorce lawyer during this period of development, and to be recognized as a primary commentator on Family Law though my New Jersey Institute for Legal Education multi-volume treatise The Yudes Family Law Citator. END_OF_DOCUMENT_TOKEN_TO_BE_REPLACED

The First Amendment of the United States Constitution guarantees certain freedoms, including the “freedom of speech”. Treatises have been written and a multitude of cases have been decided addressing what types of speech or expression are encompassed thereby, and the nature and scope of governmental or private action is subjected to it. This blog not intending to provide a detailed analysis of this First Amendment right. END_OF_DOCUMENT_TOKEN_TO_BE_REPLACED

We are a law firm dedicated to the practice of Family Law.  This blog was recently started and designed to inform the public of developments in 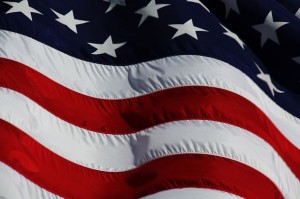