One hundred and fifty two years ago, over the course of July 1-3rd 1863, the armies of the Union and Confederacy met in the sleepy town of Gettysburg, Pennsylvania and engaged in the largest military battle ever fought on the United States soil.  The Union’s victory at the Battle of Gettysburg and General Robert E. Lee’s retreat of the Army of Northern Virginia back south, under cover darkness on the evening of July 4, 1863 is often referred to as the turning point of the Civil War and the beginning of the end for the Confederate States of America.  The Union victory at Gettysburg came with much loss for both sides during the campaign, with casualties totaling 57,225.  The battlefield is now a National Cemetery and Historic Monument which is visited by millions of individuals each year. 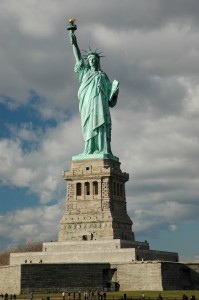 “It is for us the living, rather, to be dedicated here to the unfinished work which they who fought here have thus far so nobly advanced. It is rather for us to be here dedicated to the great task remaining before us—that from these honored dead we take increased devotion to that cause for which they gave the last full measure of devotion—that we here highly resolve that these dead shall not have died in vain—that this nation, under God, shall have a new birth of freedom—and that government of the people, by the people, for the people, shall not perish from the earth.”

Unfortunately, President Lincoln was cut down by an assassin’s bullet before he could see the ratification of the Fourteenth Amendment to the Constitution of the United States in 1868, which continues to guarantee the civil liberties of citizens up until this present day. The Eleventh Amendment, commonly referred to as the Due Process Clause of the Constitution, specifically provides that:

On June 26, 2015, the United States Supreme Court invoked the Fourteenth Amendment in the landmark Obergefell v. Hodges decision in holding that the Law of the Land is now that all states are required to grant same-sex marriages and recognize same-sex marriages lawfully performed in other states.  In writing for the majority in the 5-4 ruling, Justice Anthony Kennedy wrote:

“No union is more profound than marriage, for it embodies the highest ideals of love, fidelity, devotion, sacrifice, and family. In forming a marital union, two people become something greater than once they were. As some of the petitioners in these cases demonstrate, marriage embodies a love that may endure even past death. It would misunderstand these men and women to say they disrespect the idea of marriage. Their plea is that they do respect it, respect it so deeply that they seek to find its fulfillment for themselves. Their hope is not to be condemned to live in loneliness, excluded from one of civilization’s oldest institutions. They ask for equal dignity in the eyes of the law. The Constitution grants them that right.”

On this July 4, 2015, please take a moment to remember the countless Americans who have fought, since our Nation’s birth with the signing of the Declaration of Independence two hundred and thirty nine years ago, to preserve the liberties we enjoy today.   As citizens of this great country we cannot never forget to live the words written by one of this nation’s founding fathers, Thomas Jefferson, in the Declaration of Independence:  “We hold these truths to be self-evident, that all men are created equal, that they are endowed by their Creator with certain unalienable Rights, that among these are Life, Liberty and the pursuit of Happiness.”