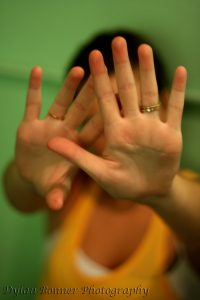 The Detective interviewed Jane a second time on June 3, 2015. She again claimed that she was not certain when the sexual abuse began. She estimated that it started when she was six or seven years old and ended when she was ten or eleven. She did not recall how many times she was sexually molested because she has a “really, really bad memory.” The video recording shows the detective reviewed her May 30, 2015 statement with Jane to confirm that her father had “touched her on her boobs and her private part.”  The Division referred Jane to the CARES Institute for a medical examination. In a report dated June 23, 2015, Dr. Marita Lind, M.D., states that Jane repeated her allegations against her father, but Dr. Lind did not find any physical evidence of prior sexual activity.

While criminal proceedings were pending against the defendant, the Family Part held a pre-trial compliance review hearing to address any issues related to the fact-finding hearing. The DAG representing the Division indicated that he planned to call Jane’s mother, S.K., as a witness. The Law Guardian made it clear that S.K. was appearing for the limited purpose of identifying the children’s voices on the audio so that the children would not have to testify, and that S.K. was not testifying against the defendant. The DAG confirmed the purpose of calling S.K.as a witness and stated that S.K. did not have any direct knowledge of what allegedly occurred.

The Family Part held the fact-finding hearing on January 25, 2016. The DAG played audio recordings of interviews conducted by the CCPO Detective of Jane and Kate. Defense counsel did not object nor ask to cross-examine the girls. The Division called S.K. as a witness for the limited purpose of identifying the voices on the audio recordings as being those of her daughters Jane and Kate. Without objection from defendant’s counsel, the judge also admitted into evidence a video/audio recording of Jane’s second interview with the CCPO Detective. The trial judge concluded that the Division put on sufficient evidence that the defendant abused Jane.

Division workers are required “to immediately report to the prosecutor all cases involving suspected criminal conduct on the part of a parent, caregiver, or any other person . . .involving . . . [t]he subjecting or exposing of a child to unusual or inappropriate sexual activity . . . .” N.J.A.C. 3A:10-5.1(b)(2). Furthermore, upon written request, the Department of Children (DFC) and Families shall release the records and reports to “[a] police or other law enforcement agency investigating a report of child abuse or neglect[.]” N.J.S.A. 9:6-8.10a(b)(2).

“However, no statute or rule requires the county prosecutor to disclose information of an ongoing criminal investigation to the Division. While Title 9 contemplates that actions brought by the Division will continue after referral to the county prosecutor, N.J.S.A. 9:6-8.24, the prosecutor is not restrained from continuing its investigation while the Title 9 action proceeds to trial.” DYFS v. Robert M., 347 N.J. Super. 44, 63-64 (App. Div. 2002).

Since the decision in Robert M., the Supreme Court has adopted new regulations to avoid some of the unintended conflicts that arise between the Division’s Title 9 cases in the Family Part and the County Prosecutor’s parallel criminal cases in the Criminal Part. Under Rule 5:12-6(b), “if there is a criminal investigation of an incident that is the basis for the [Division’s”complaint] before the Family Part, the Division “may request that the prosecutor provide any relevant information for use in the action.” However, Rule 5:12-6 does not impose a reciprocal obligation upon the Division to share information with the County Prosecutor. The reason for such an omission is made clear in this final statement: “No rights or privileges that may otherwise exist are affected by this dispute resolution procedure.” R. 5:12-6(b).

None of the provisions in Rule 5:12-6 empower a Family Part Judge presiding in a Title 9 fact-finding hearing to enjoin the county prosecutor from using a defendant’s self-incriminating statements as part of the State’s case in a criminal trial. The Family Part’s authority under Rule 5:12-6(a)(2) is expressly circumscribed by N.J.S.A. 9:6-8.10a and b. The plain text of this statute does not authorize the Family Part to take any action to prevent the Division from providing the county prosecutor with a transcript of the fact-finding hearing containing a defendant’s self-incriminating testimony.

The right against self-incrimination is guaranteed by the Fifth Amendment to the United States Constitution and this state is embodied in New Jersey statute, N.J.S.A. 2A:84A-19, and evidence rule, N.J.R.E. 503. N.J.R.E. 502 provides, in part: “[A] matter will incriminate (a) if it constitutes an element of a crime against this State, or another State or the United States, or (b) is a circumstance which with other circumstances would be a basis for a reasonable inference of the commission of such a crime, or (c) is a clue to the discovery of a matter which is within clauses (a) or (b) above; provided, a matter will not be held to incriminate if it clearly appears that the witness has no reasonable cause to apprehend a criminal prosecution.”

The right against self-incrimination is “confined to instances where the witness has reasonable cause to apprehend danger from a direct answer.” Hoffman v. United States, 341 U.S. 479, 486 (1951). The trial judge must determine that the individual seeking to invoke the protection of the Fifth Amendment is “confronted by substantial and ‘real,’and not merely trifling or imaginary, hazards of incrimination.” United States v. Apfelbaum, 445 U.S.115, 128 (1980). The Constitutional privilege protects individuals from providing testimonial evidence that he or she “reasonably believes could be used in a criminal prosecution or could lead to other evidence that might be so used.”Kastigar v. United States, 406 U.S.441, 445(1972). The privilege extends “to answers that would in themselves support a conviction . . . but likewise embraces those which would furnish a link in the chain of evidence needed to prosecute the claimant . . . .” Hoffman, 341 U.S. at 486.  When a party in a civil matter asserts the privilege against self-incrimination, the fact-finder may draw an adverse inference of guilt. Attor v. Attor, 384 N.J. Super. 154, 165-66 (App. Div. 2006)

Here, at the time of the fact-finding hearing, defendant had been arrested and charged by the CCPO with three counts of first degree aggravated sexual assault, four counts of second degree sexual assault, and two counts of second degree endangering the welfare of a child. Defendant was in the custody of the Camden County Jail when he invoked his Fifth Amendment right against self-
incrimination and declined to testify when the DAG called him as a witness in the Division’s case in chief. Under these circumstances, due to the coercive affects, it was constitutionally  impermissible for the judge to have drawn an adverse inference of culpability against the defendant when he exercised his right against self-incrimination and refused to testify as a witness in the Division’s case in chief.  Based on the related criminal charges pending against him at the time, defendant had a well-founded basis to believe that answering the DAG’s questions would violate his right against self-incrimination under the Fifth Amendment and N.J.R.E. 503.