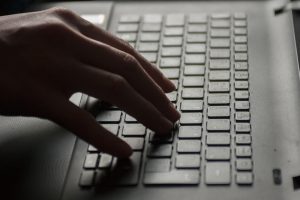 Violence. Whether given that 24 years had passed since the “Prevention of Domestic Violence Act,” (N.J.S.A. 2C:25-17 et. seq.) was enacted, or perhaps even in response to the public backlash and uproar over the handling of the Ray Rice situation and its spotlight directed upon domestic violence laws, the Committee was charged with examining the current system and to conduct an in-depth review of New Jersey’s domestic violence procedures and laws and to make recommendations to strengthen New Jersey’s response to domestic violence. That Committee recently issued a report which contained thirty (30) recommendations.  While the Committee found that overall the actual process of case management and adjudication of domestic violence cases in the court system was not in need of significant amendment, many of their recommendations focused on aspects such as training, education and the availability of services.  The nature of these recommendations was obviously designed to enhance and improve the process, and also to reflect the systemic societal and technological changes which have evolved since the domestic violence statute was originally enacted. While these recommendations were approved by the entire Ad Hoc Committee, they were the product of three distinct but admittedly interrelated subcommittees looking at differing aspects of the domestic violence process.

The Resources Subcommittee’s recommendations included encouraging the Bar Association to develop referral procedures to provide low or no cost legal assistance as well the expanded use of law students for parties litigating civil domestic violence cases (as opposed to criminal and/or violation of restraining order cases); the expanded access to and use of translation and interpreting services; updating risk assessment forms where children are involved as well as developing criteria for determining the necessary expertise and training for court appointed or referred risk assessors; the expansion and standardization of supervised visitation services, facilities and resources, including where there may be a concurrent Division of Child Protection & Permanency (DCP&P) investigation; the expansion of therapeutic programs for children exposed to domestic violence; and, reviewing policies for Domestic Violence Response Teams, revisiting the use of County Domestic Violence Working Groups, and the creation of a Technology subcommittee in regards to domestic violence issues. 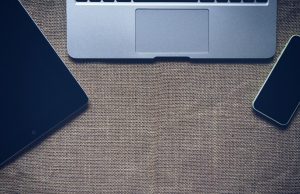 Finally, among the recommendations made by the Municipal and Superior Court Interaction/Offenses Subcommittee included a Municipal Court’s use of staggered or separate scheduling of domestic violence cases from other municipal offenses; the expanded use of domestic violence advocates in municipal courts; requiring additional and more complete contact information, including cell phone numbers, on the Confidential Victim Notification Form to assure effective notification and to avoid communication problems; affording municipal court administrators access to the Domestic Violence Central Registry; and, allowing attorneys representing a defendant on a related criminal matter to obtain a copy of the recording or transcript of the related Final Restraining Order hearing.

Again, most of these highlighted recommendations focus on issues of training, education and the availability of resources and services, and are largely administrative rather than substantive. However, there were a number of other recommendations which are more substantive in nature, and which if implemented, could impact how domestic violence matters are handled by family law practitioners.

Of most noteworthy significance is the recommendation that N.J.S.A. 2C:25-19 be amended so as to include the acts of cyber-harassment and invasion of privacy as predicate acts of domestic violence. Under N.J.S.A. 2C:25-19, “domestic violence” was defined to mean the occurrence of one or more of certain enumerated criminal predicate acts (eighteen in all) inflicted upon a person protected under the Act, followed by a reference to corresponding criminal statutes ranging from homicide and assault to harassment and stalking, along with a catch-all “any other crime involving risk of death or serious bodily injury” to a person protected under the Act. In obvious response to the exploding use of social media, whether Facebook, Twitter, Instagram, Snapchat and other social media forums too numerous to count and with new ones seemingly arriving every day, in January 2014, the New Jersey Legislature enacted a Cyber Harassment statute, N.J.S.A. 2C:33-4.1 which provided that a person commits a crime of cyber harassment if, while make a communication in an online capacity via any electronic device or through a social networking site and with the purpose to harass another, that person (1) threatens to inflict injury or physical harm to a person or to the property of any person; (2) knowingly sends, posts, comments, requests, suggests, or proposes any lewd, indecent or obscene material to or about a person with the intent to emotionally harm a reasonable person or place a reasonable person in fear of physical or emotional harm to this person; or (3) threatens to commit any crime against the person or the person’s property. Certainly, cases like the suicide of Rutgers student, Tyler Clementi, and the proliferating use of online media to bully and harass motivated passage of this criminal statute.

In my 2014 blog post “Freedom of Speech and Family Law,” I discussed Appellate Division decision issues in the case of State of New Jersey v. HLM, an unpublished decision issued on May 13, 2014, where the defendant had been found guilty of writing “disturbing” posts on Facebook regarding her ex-husband and children in violation of a special condition of probation (SCP), and rejecting the defendant’s First Amendment claims in that regard. In my blog post, I noted that these sorts of concerns might also arise in the domestic violence context, and that while harassing “contact” might normally be thought of as direct communications such as phone calls, text messages or e-mails, what about comments made on Facebook, Twitter, etc. which are posted, not necessary directly to the victim, but with the intent of being seen by the intended victim or by others about the intended victim?

Further, while it has been a part of the criminal statutes for a number of years, the Committee also recommended for inclusion as a predicate act under N.J.S.A. 2C:25-19 the “invasion of privacy” criminal statute (N.J.S.A. 2C:14-9) which not only makes being a “peeping tom” a crime, but also makes it a crime to photograph, film, video tape, record or otherwise reproduce another person’s intimate parts or sexual conduct without that person’s consent and under circumstances in which a reasonable person would not expect to be observed, as well as to “disclose” same, unless that person has consented to such disclosure. Obviously, the proliferation of “revenge porn” could fall within the penumbra of this statute, posting sexual pictures or videos of an ex-spouse or lover, with the intent or certainly with the expectation that doing so would cause humiliation and embarrassment. Recognizing that such conduct could cause emotional and psychological harm was a likely reason why the Committee has recommended the inclusion of this “invasion of privacy” statute as being added to the list of predicate acts under N.J.S.A. 2C:25-19. Indeed, there are many who have argued that the non-physical forms of domestic violence or abuse are even more insidious and harmful than those involving “physical force.” Victims subjected to constant threats, ongoing humiliation and degradation, isolation from family and friends, having their every action followed or monitored. The emotional or psychological harm to victims of such non-physical domestic violence is well documented, and its scars may be even deeper.

It should be noted that bills have already been introduced before the New Jersey Legislature to add cyber-harassment as an included offense to the existing Domestic Violence statute.

Another substantive recommendation which could impact how domestic violence hearings are conducted is the recommendation that the judiciary explore the development of court rules and procedures to allow domestic violence victims, in exceptional cases, to testify without being physically present in the court room for Final Restraining Order hearings. While the Committee recognized that Rule 5:7A authorizes a judge to issue a temporary restraining order upon sworn and oral testimony of an applicant who is not physically present if the judge is satisfied that there are exigent circumstances sufficient to excuse the failure of the applicant to appear personally, the expanded access to and utilization of technological solutions such as video and telephonic conferencing should be explored for domestic violence victims who are unable to testify in person at the FRO hearing, particularly for victims in high-risk domestic violence cases, and after assessing a victim’s physical safety and threats of escalating violence by the defendant, the impact of trauma on the victim, as well as circumstances related to illness, injury or pregnancy that might prevent a victim from being able to physically appear in the court room. The Committee drew an analogy to criminal prosecutions in which a court may, under certain circumstances, order the taking of the testimony of a witness 16 years of age or younger via closed circuit television, by permitting such closed circuit testimony if the court finds that a witness would suffer severe emotional or mental distress if required to testify in open court. While the Committee recommendations suggest that this would only apply in “exceptional” cases, it certainly raises not only practical concerns, but due process concerns as well. Domestic violence proceedings are supposed to be expedited. Wouldn’t a separate hearing be required in order to establish these exceptional circumstances? Wouldn’t expert testimony need to be proffered in order to establish severe emotional or mental distress or risk of trauma or harm? What of the defendant’s due process right to confrontation where the alleged victim is an adult and not a child, as well as the significant repercussions from being found guilty of domestic violence?

Another substantive recommendation would be to allow the filing of a Non-Dissolution (FD) complaint for child support, custody, paternity or parenting time even where there is an active restraining order pending. Under current protocol and policy, the Non-Dissolution clerk is prohibited from taking a complaint for custody, visitation or child support unless all domestic violence complaints and/or reliefs had been dismissed. The reason was to avoid establishing two dockets for the same parties as well to avoid different charges entering orders that might conflict relative to custody, parenting time, child support and other relief for those parties. In recommending that this program issue be eliminated, the Committee not only recognized that the domestic violence docket lacked a mechanism for dealing with complex custody and parenting time issues (and presumably financial issues). The reason for the establishment of a complex track in Non-Dissolution type cases was the belief that orders entered under the Non-Dissolution docket were more likely to endure, creating greater stability for custody, parenting time and child support orders, and also noting that a concurrent dissolution complaint could be filed within the existing domestic violence restraining order.  The Committee recommended that the same practice be allowed for non-dissolution when a domestic violence restraining order existed. Clearly, when dealing with a non-marital situation, implementation of this recommendation would have a significant impact on how custody and financial issues could be handled and addressed. While the domestic violence court could address immediate custody or financial issues on a temporary or interim basis, such issues can now be the subject of concurrent non-dissolution proceedings, and subject to differentiation in case management, discovery etc, as these circumstances might warrant. This recommendation has been referred to the Conference of Family Presiding Judges, and it is yet to be seen how and to what extent this recommendation will be implemented.

Indeed, the extent to which several or all of these recommendations get implemented is yet to be seen. Some require legislative action, others court rule changes or other policy initiatives and directives. Some would require the allocation of additional funds and resources, which given the current political and budgetary climate maybe problematic at best. However, these recommendations clearly reflect the commitment this state has to dealing with the critical issue of domestic violence, and of the recognition to adapt the law and procedures to combat same to meet societal and technological changes.