Periodically I digress in this blog from topics exclusively dealing with Family Law to issues involving the broader world. We are living in a time when history is being made. The world is in turmoil 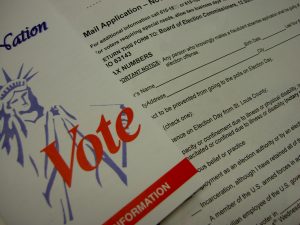 from Brexit to Syrian refugees to radical Islam. The world is afire in controversy and the political out-shoot from these primarily manmade disasters. Over the last two weeks we have been presented with the condensed view of both of our political parties related to the current level of world angst and how the other party and their candidate contributed to any calamity, be it global warming to the Arab Spring. The truth is the world we live in is a mess.  I not sure if it has always been such a mess and we did not know it or if the world has digressed.  I firmly believe it is the latter but that belief is non-empirical.

We see in these times that many world leaders are being blamed or banned by their party or people for the horrible state of the world. No political figure on the world stage more appropriately embodies this state of world malaise than Donald Trump. The rise of Trump is certainly built on this feeling that the world is out of control and we need something radically different to fix a broken world.  Trump is the “no trust” candidate. He is popular because we do not trust politicians who it is felt only lie to us, promise us Hope and Change but deliver only the same old same old. We do not trust the press. We see them telling us what to think but we no longer think them right.  I remember when Walter Cronkite told us what to think, and we thought it.  So much for the lost power of the press whose every deviation from the truth is instantly fact checked. We don’t trust the Clintons who lie and cheat with each other and then tell the same lies to the American people. We knew Hillary would not be indicted, not because she was not guilty, but because she was powerful enough to thwart justice just like her Husband, who was found by the Arkansas Bar to lack the ethics required to be a practicing attorney (when did the media tell you about that?).   We know that the Clintons got rich selling power and giving short talks to people who could financially benefit from their power. They are crooks and the question is:  Do we vote for the crook we know, Hillary Clinton, or the businessman who used or took advantage of the system to make billions?

It is a tough choice. Trump comes with no real political credentials which, to a segment of the electorate is a plus, but which also means he is not experienced at sitting at a table and making political deals. He argues that “a deal is a deal”. Hillary asks you to look at her track record, hoping you do not recognize her record is abysmal.  Eisenhower was the last man running for president without political credentials. He was a Republican as well. He came at a time that we wanted a commanding take charge leader who would make us feel safe.  We were tired of the bought and paid for politician, the red threat and inflation. We liked Ike. He spoke to us and we trusted him. People like Donald too. He talks straight and is not afraid to say what he thinks, and even if said in an abrasive way at least we know what he thinks and is not told what to say by the latest poll.

It is an interesting election, the “very insider” first Woman candidate for office versus the political long shot non-politician. We elected Obama because he promised he would be a different kind of politician, which he wasn’t. We all know Hillary will not foster change . We are not quite sure if Trump can govern at all.  Hillary is a sure thing. We can be sure she will be for big lobbyists, her banker and film industry elite, while making fun of the middle class black and vast underclass that the DNC so clearly despises in secret if you read their pilfered e-mails. Trump requires a leap of faith. You have to accept that his motives are what he says they are, that he is running for president because the country needs him. He doesn’t need the job. He is not a career politician. He wields all the power he needs based on wealth and an international business.

Voting for Trump is taking a chance but there is a chance good things could happen. Hillary is not a gamble. With Hillary we know what we are going to get.