At the end of 2017, the U.S. Congress passed the most sweeping tax changes in over 30 years, referred to as the Tax Cuts and Jobs Act of 2017 (TCJA). While there were many provisions of the 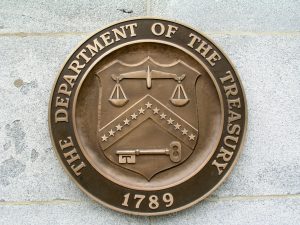 federal tax laws which were impacted, the most publicized changes were the reductions in the income tax rates along with the reduction and/or elimination of various deductions or exemptions. Most of these changes went into effect for the 2018 tax year. However, when it came to family law matters, the biggest change brought about by this tax law was regarding the deductibility and taxability of alimony. Until this law, alimony payments were deductible by the payor and had to be included as income for the recipient, albeit subject to certain regulations and phase-out provisions. While this tax treatment was “grandfathered” for pre-existing alimony obligations, alimony obligations established after January 1, 2019 were no longer tax deductible to the payor or considered taxable income to the recipient under the TCJA. Indeed, there was a mad dash to finalize divorces prior to December 31, 2018 to take advantage of the prior tax treatment of alimony; so much so that many counties continued to make Family Court judges available during their winter recess to put through divorces.

While the tax treatment of alimony may be considered the most prevalent provision of the TCJA impacting family law, it is becoming evident that there is a more subtle, but no less important, impact which is only now coming to light. Again, one of the major changes in the tax law was the across-the-board reduction in the individual tax rates. As a result, the IRS promulgated revised withholding schedules, which adjusted [downward] the amounts being withheld from one’s paycheck for federal taxes during 2018. Since the vast majority of taxpayers are W-2 wage earners, these revised withholdings applied. What people saw was some sort of increase in their net pay each paycheck. Who wouldn’t enjoy having a little more money in your pocket?

What’s the problem? UNDER WITHHOLDING!

As people started preparing their 2018 tax returns, many realized that the total amount of federal taxes withheld from their paychecks over the course of 2018 was substantially less than had been withheld the year before. While this may have been somewhat expected given the reduced tax rates, for many people the amount actually withheld left them getting way smaller refunds than expected, if not actually owing the government taxes. The internet has been flooded with story after story of this unexpected consequence of the new tax law, compounded by the limitation or loss of deductions, impacting New Jersey taxpayers in particular. Why was this happening? While the new withholding schedules were to take into account the new tax rates, it would appear for many people, the lesser amounts withheld may have been too generous. People were unaware of this until after the fact, and were not cautioned to adjust their withholdings to compensate for this. While the bottom line for most people is that they are actually paying less in taxes overall under TCJA, the impact of under withholding has left many in a state of tax shock. Indeed, in recognition of this the IRS has temporarily reduced the threshold for when the underpayment of tax penalties would apply. Whether the IRS will also be issuing amended withholding schedules to address this is unclear.

What does this have to do with family law? While many people may focus on “gross” incomes when negotiating support – child or spousal – for most, they want to know what the bottom line is, particularly now that alimony is no longer deductible or taxable. A payor will look to his or her actual net pay to figure out how much they have available to pay support, and how much they will have left after paying it. A recipient will look to how much he or she will actually have to pay their bills and expenses. Indeed, the Child Support Guidelines focus on “net” pay in calculating support. One must assume that the Guidelines likely follow the federally established withholding schedules in their calculations. The problem is that if people are making decisions on support based upon a net income that was the result of under withholding, the end of the year tax shock caused by this could potentially leave people in major tax and budgetary holes. Now that the tax impact of the TCJA is coming to light, it is imperative that litigants and their attorneys utilize true net income figures that are more in line with the tax realities caused by the TCJA, whether withholding or deduction-wise. Simply looking at a paycheck may not reflect someone’s true net income. Exercise caution when it comes to negotiating support obligations, or presenting income figures to the court to determine same.