While not limited to family law matters, at the conclusion of a case a client may often have an outstanding balance due for legal fees in regards to services rendered by the attorney in the 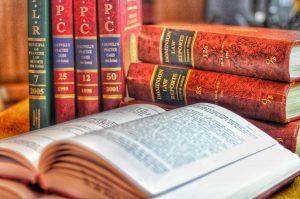 underlying action. Most of the time payment arrangements end up getting worked out. Sometimes they are not. In those instances most attorneys are reluctant to initiate legal proceedings against their former client to collect the outstanding fees, viewing it as a matter of last resort. However, even before being able to pursue same, an attorney is obligated to advise the client of his/her opportunity to request fee arbitration, a program implemented by the New Jersey Supreme Court as a means to resolve fee disputes between an attorney and client under R.1:20A-1 et. seq. Sometimes clients choose not to proceed with fee arbitration. Other times, a fee arbitration request may be declined as being beyond the jurisdictional limits of the program. In those instances, an attorney may feel he/she is left with no alternative but to file a civil action complaint against his/her former client to collect its outstanding fee.

In certain of these instances, a former client may express dissatisfaction with the legal services rendered by the attorney on their behalf. Perhaps the client is displeased with what he/she views to be an unfavorable result, and blames the lawyer for this outcome. Perhaps the client questions the specific services rendered or fees charged. However, there may be times where the client believes that the attorney did not represent them properly or was somehow negligent, alleges that they sustained some sort of damage or loss, and which they assert gives rise to a claim for legal malpractice.

When must a claim for legal malpractice be brought? If an attorney has already filed a collection action, would this impact how and when such claims must be filed? Are there circumstances where a legal malpractice claim may be barred? In the recent case of Dimitrakopoulos v. Borrus et als 2019 N.J. LEXIS 272, 2019 WL 1065049, the New Jersey Supreme Court attempted to address and clarify these questions, specifically in the context of what is known as the Entire Controversy Doctrine.

What is the takeaway from the Supreme Court’s decision in Dimitrakopoulos? First, it is clear that the Entire Controversy Doctrine may preclude a legal malpractice claim if it is not bought or joined with a collection action filed by the attorney against the client, and that such collection actions are not considered an “underlying action” which would give rise to an exception to the doctrine. However, the word MAY must be emphasized. Notwithstanding that the circumstances surrounding the extent of the defendant’s knowledge and opportunity to litigate appear to have been clear to both the trial court and the Appellate Division, the Supreme Court chose to reverse and remand, invoking the equitable nature of the doctrine and that claim preclusion be viewed as a “remedy of last resort”. Rather than settle the law on this issue, it would appear that trial courts may now be required to conduct a Lopez-type hearing to address these “equitable considerations”, whenever the Entire Controversy Doctrine is raised in these situations.