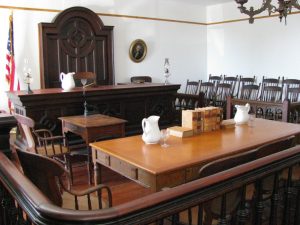 END_OF_DOCUMENT_TOKEN_TO_BE_REPLACED

Despite the recent heat wave, Fall has arrived. Besides the presumably cooler weather, when the calendar hits September, we can always look forward to a number of things – school starts, rush hour traffic resumes, shorter days, etc. However, for us lawyers September brings with it the annual amendments that have been approved by our Supreme Court to the Rules Governing the Courts of the State of New Jersey. Unlike last year, a number of these recent Rule Amendments directly impact upon Family Part Practice. A number were in response to statutory changes that recently went into effect. In light of the number involved, I will summarize and discuss these Amendments over the course of several blog posts. END_OF_DOCUMENT_TOKEN_TO_BE_REPLACED