It is well settled in New Jersey that when there is a question of whether a transfer of property was a gift or not, “Proof of gift requires evidence of unequivocal donative intent on the donor’s part, actual or symbolic delivery of the gift’s subject matter, and the donor’s absolute and irrevocable relinquishment of ownership.”  In re Dodge, 50 N.J.  192, 216 (1967).  On January 30th 2014, the New Jersey Supreme Court unanimously overturned the Appellate Division decision in the matter of  Bhagat v. Bhagat 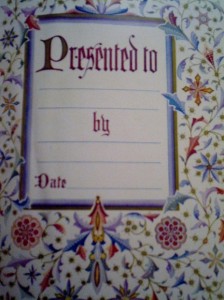 and remanded the case to the trial court for proceedings consistent with the Supreme Court decision clarifying the standard to apply when determining whether a transfer of property between family members is a gift.   This case involved a father’s 1989 transfer of stock in a closely held corporation to the defendant, his son.   The son claimed that the transfer of stock was a gift to him from the father.  The father denied that the transfer was a gift, but was done for financing purposes and was never intended to be final.   The trial judge granted the son’s motion to dismiss the father’s pleadings by way of summary judgment.  The Appellate Division affirmed.     The Appellate Division affirmed, adding that a transfer from parent to a child is presumed to be a gift and that to overcome the presumption of gift, the proof advanced must be  “certain, definite, reliable and convincing, and leave no reasonable doubt as to the intention of the parties.”   Additionally, any evidence used to rebut the presumption of gift must precede or be contemporaneous to the transfer or must originate immediately after the transfer.   The Appellate Division determined that the evidence presented established the father’s donative intent and that “No rational fact finder could find that [the father] overcame the presumption that a completed gift occurred by certain, definite, reliable and convincing proof, that leaves no reasonable doubt as to the intention of the parties at the time of the gifts.”

The New Jersey Supreme Court reversed the Appellate Division decision.  The Court recognized criticism that the gift presumption between parent and child has because “the presumption is founded on an undue emphasis on certain relationships” and that it is based on “considerations of the closeness of the relationship or the extent of natural affection, [ ]or by reason of any legal obligation to furnish support .”   The Supreme Court further pointed out that other commentators promoted a “preponderance of the evidence” standard.  The Supreme Court concluded that, “Notwithstanding the criticism of the presumption itself and the use of an enhanced standard of proof to rebut the presumption that a transfer of property, including stock in a family business, from a parent to a child is a gift, we can identify no reason to depart from our use of an enhanced standard of proof which has served well for more than 150 years.”  The Court saw no good reason why the father seeking to rebut the presumption of the gift of stock to his adult son should have to meet an enhanced clear and convincing standard that requires no reasonable doubt, when the “no reasonable doubt standard” applies in no other civil setting.    In overruling the appellate decision, the Supreme Court noted the “anomaly of applying a higher standard than clear and convincing evidence to rebut a presumption of a gift where a higher standard is not applied in circumstances affecting life, liberty, ability to pursue a profession, or integrity.”  The court ultimately held “that a person who has transferred property to another, which raises a presumption that the transferred property was a gift, must meet the clear and convincing evidence standard of proof to rebut that presumption. We also hold that the person seeking to rebut that presumption is limited to evidence antecedent to, contemporaneous with, or immediately following the transfer.  In addition, a party seeking to rebut the presumption may also adduce proof of statements by the parties concerning the purpose and effect of the transfer.”

It is not uncommon that family members make transfer of property to one another without properly documenting why those transfers are made or to whom.   Gifts may be exempt from equitable distribution and, therefore, analysis in a matrimonial litigation of transfers by gift may be an issue for the court to resolve.  What if, for instance, instead of a litigation between father and son in Bhagat, the litigation were between the son and his wife?

In matrimonial law, the burden of proof to establish the immunity of an asset from distribution rests upon the spouse asserting the immunity. 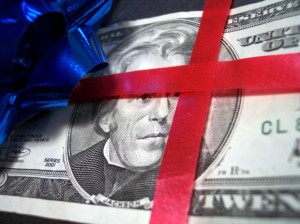 Painter v. Painter, 65 N.J. 196, 214 (1974).  Therefore, it is the burden of the party asserting that a gift is exempt from equitable distribution to prove that asset’s exemption.   Interspousal gifts, which are gifts between husband and wife, are not exempt from equitable distribution.  In matrimonial law then, the analysis becomes whether gifts to one of the parties was a gift to both, whether the gift was commingled during the marriage, and whether one spouse intended to make a gift to the other spouse.   For instance, in the case of Pascarella v. Pascarella, 165 N.J. Super. 558 (App.Div.  1979), the defendant himself acquired the marital home prior to the marriage to the plaintiff, but during the marriage he signed a deed conveying title to the plaintiff and himself as tenants by the entireties.  The Court found that this conveyance constituted a gift to the plaintiff and, therefore, that marital home was not exempt and was property subject to equitable distribution.  In the case of Dotsko v. Dotsko, 244 N.J. Super. 668, the husband received monetary gifts  from his father and aunt during the marriage, which the husband temporarily deposited into a bank account held jointly with his wife  for eighteen days while waiting for another gift to be made in the new year before opening a CD in his own name in which to hold the gifts.    The court looked not only at the donor’s intent of the aunt and father, finding that the gifts had been intended for the husband alone, but the donative intent of the husband as well, also finding that the husband had not intended to make an interspousal gift to the wife.  In Brown v. Brown, 348 N.J. Super. 466 (App. Div. 2002), the court found that the husband’s father had gifted shares of his corporation but that he had continued to control it.  The husband, his brother and mother testified that the elder Browns, who were the original owners of the corporation, intended to gift shares to their sons and no one else, including their daughters in law.   Without any refusing evidence, the Appellate Division concluded that the husband met his burden to show that he acquired his shares of the corporation by gift from his parents and part of their estate planning, and that the gift had been intended by the donor as a gift to the husband only and not the wife.  The Wife was permitted to share in the appreciation in stock after the dates of transfer from the parents to the husband due to the husband’s active involvement in the business.

The above is not an exhaustive list of the treatment of gifts in the context of equitable distribution, but demonstrates the factual complexity of gifts in family law cases and the importance of meeting one’s burden of proof.   The attorneys at James P. Yudes, P.C. have that experience and are available to assist in navigating this issue.