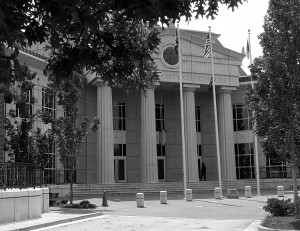 Back on January 24, 2013, exactly one year ago today, the Appellate Division delivered a published opinion with regard to the issue of an indigent defendant’s right to counsel, or lack thereof, in a domestic violence setting.  D.N. v K.M., 429 N.J. Super. 592 (App. Div. 2013).  Nearly one (1) full year after the Appellate Division’s decision, the Supreme Court of New Jersey issued  a relatively short, published opinion (D.N. v. K.M. (Supreme)) on January 13, 2014, wherein they declined to grant certification for leave to appeal to the Supreme Court to  petitioner, D.N.  As stated in the Supreme Court’s decision, “Consistent with the current law, the Appellate Division concluded that ‘the protections of due process do not require the appointment of counsel for indigents presenting or defending a private party’s civil domestic violence action.'”

By way of brief background, the parties are the unmarried parents of a teenage child.  The parties entered into a consent order dated October 25, 2011 upon the termination of their relationship with regard to the issue of custody and parenting time with their child.  On December 7, 2011, K.M. filed a complaint against D.N. under the Prevention of Domestic Violence Act.  D.N. filed her own complaint against K.M. on the very next day.  Temporary restraining orders were issued by separate judges and a consolidated hearing was scheduled before a single judge as to whether final restraining orders would be issued.  On December 22, 2011, K.M. and D.N. appeared for the final hearing, however, D.N. was unrepresented by counsel.  The trial court issued separate orders determining each party’s claim against the other:  K.M.,was granted a final restraining order against D.N.; while D.N.’s request for a final restraining order was denied and all temporary restraints against K.M. were removed.

The Appellate Division, finding that the record supported the trial court’s decisions, affirmed both orders which granted K.M.’s final restraining order request and denied D.N.’s restraining order request.  In addition, the Appellate Division held that neither D.N., nor any other defendant for that matter, is entitled to the appointment of counsel to defend against domestic violence allegations in the civil context.  The Appellate Division relied upon the fact that a “consequence of sufficient magnitude,” did not result from the issuance of a final restrianing order, as there was no potential that D.N. would lose her liberty or any other fundamental right.  The Appellate Division further held that the trial court’s questioning of D.N. was sufficient to adequately put her on notice of her right to retain counsel and thus her waiver of same was both knowing and voluntary.

In deciding that certification to appeal to the Supreme Court was not warranted,  the Court relied heavily upon the fact that the Prevention of Domestic Violence Act does not specifically authorize the appointment of counsel, along with the fact that D.N. never asserted that she was indigent and at no point did she request that counsel be appointed to her.  However, the Supreme Court’s opinion also recognizes the fact that nearly 16,000 final restraining order hearings were held from July 2012 through June 2013, pursuant to the records of the Administrative Office of the Court, but there were only 1,200 appointments of pro bono counsel  for that same year.  It is clear from the Supreme Court’s decision that while they may not have based their decision to deny certification upon the vast effect any relief could or would have, they certainly were aware of the amount of cases this relief could affect. 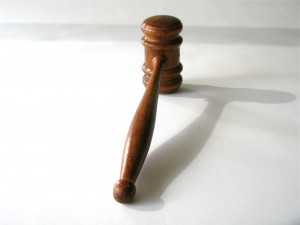 Justice Albin wrote a very detailed dissenting opinion in opposition to the Supreme Court’s majority’s opinion.  The major crux of Justice Albin’s dissent, in addition to the fact that he claimed that all criterion for granting Certification to the Supreme Court under the Court Rules had been met, relied upon consequences of magnitude that can result from a domestic violence proceeding and, therefore, the right to counsel in those proceedings at the very least should have been reviewed by the Supreme Court.  Amongst the cited consequences to the entry of a final domestic violence restraining order that Justice Albin specifically referred to include: (1) loss of custody; (2) loss of possession of home; (3) crushing financial penalties; and (4) jeopardizing future employment, credit, and/or housing.  Justice Albin further based his argument upon the fact that the Appellate Division specifically addressed and decided the issue for which Certification was sought and, therefore, the issue was not “purely academic” as the majority opinion stated.

While this decision from the Supreme Court may terminate the matter with regards to D.N. and her current quest for a new final restraining order hearing with the appointment of counsel, I have a strong feeling that this will not be the last we hear of this issue, especially considering the strong opinions expressed by Justice Albin in his dissenting opinion.  It could be an interesting and developing issue over time.  As there was no review of this issue by the Supreme Court and given the large volume of domestic violence cases this issue is likely to arise again.

The law office of James P. Yudes, A Professional Corporation has years of experience handling domestic violence matters and is prepared to assist you in such matters.