Last week, we addressed the concept of how a gift or transfer of property to one or both spouses may be treated in a divorce.  But 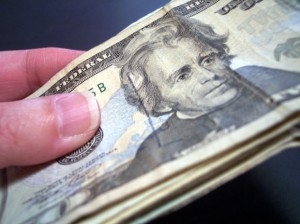 what occurs if one of the spouses transfers marital money or marital property to a person or entity outside of the marriage?    How does the court know what is a valid transfer and what is a fraudulent conveyance of property designed to defeat the other spouse’s interest in a divorce?

The leading case on this issue in New Jersey is Firmani v. Firmani, 332 N.J. Super. 118 (App.Div. 2000).  In that case, the defendant in the divorce was awarded sole ownership of a home in Haddonfield that the parties had jointly owned.  He was required to pay the plaintiff $55,000 for her interest in the property, of which $30,000 was to be paid immediately and $25,000 was to be paid within three years.  After the divorce, the defendant failed to make the $25,000 and a judgment in that amount was entered in favor of the plaintiff.  Just before the three year terms expired, the defendant established a Family Partnership into which he transferred ownership of the Haddonfield home, which had $83,000 in equity, to the Partnership for just one dollar.   Pursuant to the terms of the family partnership agreement, the defendant owned 1% of the Partnership as the general partner and 94% as a limited partner.  His current wife, children and stepson owned the remaining 5% interest as equal limited partners.  The Husband continued to reside in the Haddonfield home, ran his business from the home, and his business paid the mortgage and various expenses of the home.

The Appellate Division affirmed the trial court’s finding that this conveyance of the home to the Family Partnership was a fraudulent transfer designed to evade enforcement of the $25,000 due the plaintiff pursuant to the divorce judgment and set aside the fraudulent conveyance of the property.   The Appellate Division applied the Uniform Fraudulent Transfer Act, N.J.S.A.  25:2-20 to -33.   N.J.S.A. 25:2-25(a) provides that a “transfer made or obligation incurred by a debtor is fraudulent as to a creditor, whether the creditor’s claim arose before or after the transfer was made or the obligation was incurred, if the debtor made the transfer or incurred the obligation. . . with actual intent to hinder, delay or defraud any creditor of the debtor . . .”.  This statute is applicable in a family matter when one spouse attempts to defraud the other spouse of an interest in marital property.

How is a court to determine whether a transfer of money or property is a fraudulent conveyance designed to defeat the other spouse’s interest?   N.J.S.A. 25:2-26 sets forth a non-exhaustive list of factors, which the court called “badges of fraud”, for a judge to consider in order to determine  whether a party established an actual intent to hinder, delay or defraud any creditor of the debtor.  These badges of fraud so frequently accompany fraudulent transfers that their presence gives rise to an inference of fraudulent intent.  These badges are:

a. The transfer or obligation was to an insider;

b. The debtor retained possession or control of the property transferred after the transfer;

c. The transfer or obligation was disclosed or concealed;

d. Before the transfer was made or obligation was incurred, the debtor had been sued or threatened with suit;

e. The transfer was of substantially all the debtor’s assets;

h. The value of the consideration received by the debtor was reasonably equivalent to the value of the asset transferred or the amount of the obligation incurred;

i. The debtor was insolvent or became insolvent shortly after the transfer was made or the obligation was incurred;

j. The transfer occurred shortly before or shortly after a substantial debt was incurred; and

Not all of these badges need be present, but the more factors there are, the more inclined the judge may be believe that a transfer of property is a fraudulent conveyance.    The Appellate Division found that at least five of these badges of fraud were present in the Firmani case to suggest a fraudulent intent to deprive his former wife of her equitable distribution in the house by transferring it to the Family Partnership and hindering her ability to collect on the money due her in the divorce.  As a result, the conveyance was set aside by the Court.

It is important to show the court good faith.   It is well settled in New Jersey that “a suitor in equity must come into court with clean hands and he must keep them clean after his entry and throughout the proceedings.”   Marino v. Marino, 200 N.J. 135, 158 (2001).    Hence, while it is understandable that a spouse at the end of a marriage may be worried about the distribution of assets and property, it is not proper to fraudulently attempt to deprive another spouse of equitable distribution.    Concerns about the equitable distribution of assets should be brought to an experienced attorney such as those at the law office of James P. Yudes,  A Professional Corporation.