Nothing is more precious to us than our children. The Supreme Court of the United States has established the right to know one’s children as a fundamental Constitutional right. In New Jersey the 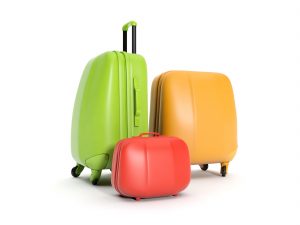 right to know and raise one’s children is firmly entrenched in statutory and case law.  In our mobile society the right to know one’s children post-divorce has often come in conflict with the post-divorce business or social needs of the parents.  New Jersey, like many North Eastern states, has a highly transient population who has come here for business or personal reasons and may find business or social needs more compelling than identity to the State as home. When parents of children feel compelled to move, there is often contention over the impact of such a move on custody of the children.

We call these matters Relocation cases and it is not surprising that these matters can be hotly contested.  Over time, the New Jersey Supreme Court established a standard called the Baures standard (created in the case of Baures v. Lewis, 167 N.J. 91 (2001)) to control how such matters were to proceed when the “primary physical custodian” of the children sought to relocate outside of the state of New Jersey.  Simply put, under Baures if the custodial parent could establish that he or she has a “good faith”  basis for the move and the move was not inimical to the child’s best interest, the burden of proof would then shift to the non-moving, noncustodial parent to prove why the move should not occur. The burden of evidence needed to stop such a move once the prima facia case was established by the custodial parent was nearly impossible.

Recently, we reported on an Appellate Division decision in the case of Bisbing v Bisbing, 445 N.J. Super. 207 (App.Div. 2016),  in which a wife who negotiated a custody agreement with her former husband that allowed for relocation within months of the divorce judgment sought to relocate with the children to another state.  The Appellate Division reversed the trial court decision which applied the Bauer standard, reasoning that if the Wife had perpetrated a fraud on the Husband by allowing the Wife primary physical custody of the children and agreeing to the Bauer standard while the Wife knew that she was moving, then the Bauer standard had to be supplanted by a more stringent “best interest of the child” standard.   Hence, the Appellate Division established two standards for relocation, one applicable to cases in which there was no fraud, and then a higher standard when there was fraud when the original custody agreement was established.

On August 8, 2017 the Supreme Court in the Bisbing v. Bisbing, A-2-16,decision revisited the Bauer standard in cases in which one parent was designated the primary parent but in which the parents had shared physical custody.  The opinion also addresses the question as to whether contract principals or equitable principals would control modification of the agreement.  Of significant importance in this decision was the finding that a “change of circumstances” and not contract principals would control modification of the property settlement agreement and that the same standard would control both settlement agreements and divorce judgments. This is a significant movement away from a contract approach to the enforcement of property settlement agreements espoused in the Supreme Court decision in Quinn v. Quinn, 225 N.J. 34 (2016).