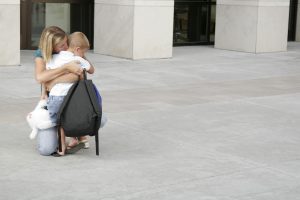 the failure of their partner to keep to the schedule has negative monetary and lifestyle implications. I have always viewed a failure to exercise parenting time as a matter that needed to be addressed economically.   Many matrimonial attorneys and judges, however, relying on a 2006 case encaptioned J.S. v. L.S, 389 N.J. Super. 200 (App.Div. 2006), have opined that the failure a parent to exercise parenting time did not give rise to a right for economic relief.

The Appellate Division on August 2, 2018 in the matter of Qian Zhong v. Xue Ye, A-1904-16T1, has clarified the reasoning in J.S. v. L.S. and the judicial philosophy regarding unexercised parenting time. In this matter the father, who had significant parenting time, elected to return to his native China  which left his two children, one of whom has special needs, in the care of his former wife. She complained, particularly with regard to the special needs child, that there were cost associated with the care of the children, some of which were extraordinary, which she would incur during the period that was supposed to be her former husband’s parenting time. The parties Marital Agreement recognized that these expenses needed to be addressed if parenting time was not exercised, however, neither the Trial Court or the Appellate Court addressed the issue as one of contract. Rather, the Trial Judge indicated that consistent with J.S. v. L.S., the costs incurred by one parent for the care of a child when the other parent did not exercise his parenting time was not recoverable.

In this matter the Appellate Division distinguished the J.S., where that court addressed the issue of compensation for the the non-exercise of parenting time under under the exceptional circumstance where the husband was found not to be the true father of a child, and where child support was prospectively terminated. The issue dealt with the amount of prospective arrears due, and in that context the court opined that the cost of the non-exercise of parenting time could not be recovered. Here the Appellate Division found that the father’s relocation was a change in circumstance that warranted a re-evaluation of child support based on the additional costs incurred by the mother as well as any costs associated with the impact of the move on the child’s emotional needs. In a mobile society such as ours in New Jersey, moving is often a necessity. When this happens and the person moving is not the primary parent there are frequently changes to the parenting schedule. However the social and financing cost to the child and the primary parent are often ignored. The Qian decision addresses this frequent but difficult issue in a thoughtful and child centric manner, recognizing that every child custody decision focuses on “[T]he safety, happiness, physical, mental and moral welfare of the children.”

Custody and parenting time issues can be fraught with issues.  If you have such concerns the lawyers at James P. Yudes, A Professional Corporation are available to help.