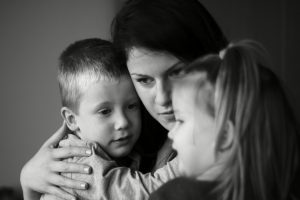 In E.S. v. C.D., FV-02-00194-19 (Ch.Div. 2018),  the family court deal with the question of whether Plaintiff was entitled to protection under the Prevention of Domestic Violence Act (“PDVA”), given the economic relationship between the Defendant, who was employed in Plaintiff’s household as a live-in nanny.

The Plaintiff sought a restraining order pursuant to the domestic violence statute based upon harassment, cyber-stalking and terroristic threats.  The Prevention of Domestic Violence Act protects from domestic violence a victis defined as “any person who is 18 years of age or older or who is an emancipated minor and who has been subjected to domestic violence by a spouse, former spouse, or any other person who is a present household member or was at any time a household member. ” N.J.S.A. 2C:25-19(d).  In order to determine if defendant qualified as a household member, the trial court considered the factors listed in Coleman v. Romano, 388 N.J. Super. 342, 351-52 (Ch.Div. 2006), which are:
1.   The nature and duration of the prior relationship;
2.   Whether the past domestic violence relationship provided a special opportunity for abuse and controlling behavior;
the passage of time since the end of the relationship;
3.   The extent and nature of any intervening contacts;
4.   The nature of the precipitating incident; and
5.   The likelihood of ongoing contact or relationship

The trial court also relied on the decision in S.Z. v. M.C., 417 N.J. Super. 622 (App. Div. 2011), wherein the Appellate Division found that a male guest who was employed as bookkeeper by that plaintiff and lived in that plaintiff’s home was considered a household member pursuant to the PDVA. Consequently, this Court reasoned that an economic relationship between the Plaintiff and the Defendant did not automoatically prevent the domestic violence victim from seeking protection under the PDVA.

In finding that the Defendant/nanny in this case qualified as a household member under the PDVA, the trial court stated the following: “Victims of domestic violence come from all social and economic backgrounds. It was the intent of the legislature that victims of domestic violence are afforded the maximum protection from abuse the law can provide. . . . Notwithstanding the economic relationship of the parties, plaintiff and defendant are former household members.  In other words, the fact that defendant was employed by plaintiff as a nanny did not disqualify her from receiving protection under the PDVA. Accordingly, plaintiff was entitled to protection under the PDVA.”

The trial court, however, specifically stated that, “[a]s a nanny under the circumstances of this case, defendant had no right to or expectation of a continued relationship with the child and/or plaintiff after their professional relationship was terminated. However, it was not the nanny who was victimized.” Which begs the question, would a nanny be able to seek relief under the PDVA against an employer after the economic relationship has ended? This case does not provide an answer so we will inevitably wait and see how the law develops in this area and how the courts continue to evaluate and determine who is protection under the PDVA.