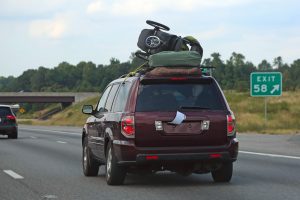 In April, 2016 the family court heard oral argument on the return date as to the Defendant’s pending motion seeking additional overnight parenting time with the children.  When the motion judge heard that the children had moved, she noted that the procedure for relocation may have been “procedurally defective”, so she only temporarily allowed the children to remain in South Carolina “until further order of the court”.  She did not perform any best interest evaluation, nor did she perform any evaluation of whether there had been “cause” to move to South Carolina, nor was she asked to perform either evaluation.

In the Fall of 2016, the Defendant filed an emergent application asking the Court to direct that the children be returned to New Jersey and that she be awarded sole custody.  She did not know where in South Carolina the children were living or have basic information about them.  The judge ascertained the address of the children in South Carolina, ordered parenting time for the Defendant, and in 2017 held  a hearing. The trial court found that the Plaintiff had violated N.J.S.A. 9:2-2 by relocating with the children to South Carolina without the Defendant’s permission and without the permission of the court, that the May, 2015 consent order permitted relocation only to Florida, and directed that the children be returned to New Jersey.   The Court did not modify the custody or parenting time arrangement.

The Plaintiff filed a motion for reconsideration, this time asking for the first time that the court perform an evaluation of the best interest of the children.  The Plaintiff by this point had never asked for an analysis under either Bisbing or under Baures.   The Plaintiff did not ask the court to determine if there was “cause” for the children to be relocated to South Carolina. Rather, he claimed that it was the Defendant who bore the burden of proof  — to establish to the Court that it was in the best interest of the children for them to be returned to New Jersey.   The trial court denied that request.

The Appellate Division agreed with the trial court and affirmed.  The Appellate Division cited to the plain language of N.J.S.A. 9:2-2, which states that children “shall not be removed out of [this] jurisdiction . . . without the consent of both parents, unless the court, upon cause shown, shall otherwise order.”  Consequently, a parent cannot simply relocate with the parties’ children to a state outside of New Jersey unless the other parent consents or unless a court order is first obtained.  The Plaintiff did not follow the procedure established in the statute.