“All you need is a dollar and a dream”. Mega Millions. Powerball. Pick-6. State lotteries all over the 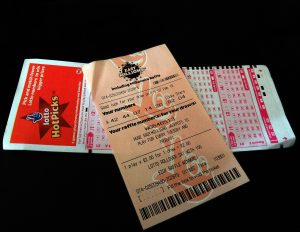 country encourage people to pluck down their dollars for the dream of possibly winning a fortune and being financially set for the rest of your life.

However, for one Michigan man that “dream” may have been considered more of a nightmare when he was directed in his divorce case to turn over to his ex-wife $15 million, nearly one-half of the Mega Millions jackpot he won in 2013. That decision was recently affirmed by the Michigan Court of Appeals in Zelasko-v-Zelasko (Docket No: 342854 decided June 13, 2019). Why the husband may have considered a lottery jackpot to be a “nightmare” included the fact that the parties married in 2004, separated in 2008, filed a divorce complaint in 2011 – almost two years before the winning lottery ticket was purchased – and where the wife had been the primary breadwinner, earning roughly three times what the husband earned. Why such a result? Most critically, under Michigan law “marital property” subject to equitable distribution in a divorce includes all property acquired from the date of marriage until the date of entry of the divorce decree. Hence even property acquired after a separation or after a divorce complaint is filed is considered marital property in Michigan. Since these parties’ actual divorce did not become final until 2018, the lottery winnings of 2013 were still considered marital property.

Among the other reasons this significant award to the wife was affirmed on appeal included: (1) that the determination was made by an arbitrator during a binding arbitration process which had been agreed upon by the parties, with the ability to challenge such rulings being statutorily limited; (2) the arbitrator’s ruling that such a division was fair and equitable, opining that the winning lottery ticket was probably not the first lottery ticket the husband purchased during the marriage and that as losses throughout the marriage were incurred jointly, winnings should also be shared jointly; and (3) that the dollar spent for the ticket was arguably marital money and as such a joint investment. Beyond this, the husband had not engendered much sympathy since he allegedly failed to contribute any money for the support of the parties’ three children.

After taking a deep breath, I questioned whether a similar result would be reached by the courts here in New Jersey. Confronted by the same set of circumstances as Zelasko, the answer would would basically be no. Under N.J.S.A 2A: 34-23(h) a court may “effectuate an equitable distribution of the property, both real and personal, which was legally and beneficially acquired by them or either of them during the marriage or civil union”. While the statute does not define “during the marriage”, the New Jersey Supreme Court, starting with Painter v. Painter, 65 NJ 196(1974), and in other cases which followed, held that for purposes of determining what property will be eligible for distribution the period of acquisition should be deemed to terminate the day the complaint for divorce is filed. In so doing the Court in Painter rejected as unworkable use of the date of a divorce judgment (as was the case in Michigan), or the date of an irretrievable breakdown of the marriage as terminal points for determining what assets are marital assets subject to equitable distribution. Obviously there has been a plethora of case law since Painter dealing with the impact of spurious complaint filings, physical separation whether accompanied by written agreements or not, etc.; however, the general rule in New Jersey is that for an asset to be considered marital property eligible for equitable distribution, the property had to have been acquired prior to the divorce complaint being filed. Therefore, if the Zelaskos had divorced in New Jersey, the lottery winnings acquired two years post-complaint would not have been subject to equitable distribution. Too bad for Mr. Zelasko and great news for his former wife that they were divorced in Michigan.

However to be clear, lottery winnings acquired during a marriage are subject to equitable distribution in New Jersey. These issues were directly considered by the court in the case of DeVane v. DeVane, 280 NJ Super 488(App. Div. 1995). In that case, in October 1987 the wife won $3.6 million in the New Jersey Lottery payable over 20 years. A complaint for divorce was filed in October of 1990. The trial court held that the lottery winnings were subject to equitable distribution, and directed same be shared equally between the parties. The Appellate Division affirmed, noting that these lottery winnings were unquestionably a marital asset.

However ,while Mr. Zelasko’s lottery winnings may not have been considered marital property subject to equitable distribution under New Jersey Law, they would not be immune from consideration by the court on other issues in a divorce matter. Lottery winnings, or the income therefrom, could certainly be a factor in determining issues of alimony. While the marital standard of living may have been established before the lottery winnings, they obviously bear upon a spouse’s ability to fund that lifestyle. More importantly, since children of the marriage are not necessarily limited to the marital lifestyle, but are also entitled to share in the “good fortune” of their parents, lottery winnings could dramatically impact the level of child-related obligations, even to the extent they may indirectly benefit the other parent. Even in New Jersey, Mr. Zelasko would not have been able to keep the “dream” all to himself.