It is not uncommon for someone who is paying alimony to a former spouse to be concerned about or to find him or herself faced the scenario of paying alimony to a former spouse who becomes involved in a committed, romantic relationship with a paramour but is not remarried.  The person paying alimony often suspects that the former spouse is choosing to not to remarry because the remarriage will result in a termination of alimony.   The New Jersey Supreme Court has held that such “cohabitation” is a change in circumstance that can trigger the court revisiting the issue of alimony.  Gayet v. Gayet, 92 N.J. 149, 154-55 (1983). 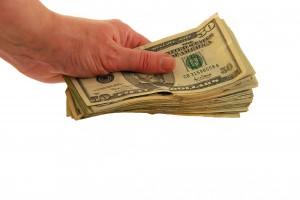 Once the supporting spouse establishes a threshold showing that the receiving spouse is cohabiting, a rebuttable presumption of changed circumstance is created. Ozolins v. Ozolins, 308 N.J. Super. 243 (App. Div. 1998).  The burden of proof shifts to the party receiving alimony, who is the party with the most access to the proofs, to demonstrate that he or she is not receiving an economic benefit emanating from the cohabitation.  The Court in such an instance will be determing with the dependent spouse’s cohabiting paramous is contributin to the dependent spouse’s support or whether that third party resides in the dependent spouse’s home without contributing toward the household expenses and is thus receiving the benefit of alimony.

The New Jersey Appellate Division recently found in the case of Reese v. Weiss that “the discretionary determination to modify or terminate alimony is informed by more than the objective calculation of the specific monies provided by the cohabitant.  We recognize cohabitation relations take various forms. Some may be informal and fleeting while others may be long-standing and interdependent mirroring a marriage.  In determining whether an award of alimony continues to be ‘fit, reasonable and just,’ [N.J.S.A. 2A:34-25] the court must consider the characteristics of the new relationship of the dependent spouse and the cohabitant. Considerations that may be weighed when making such a determination include the length of cohabitation; the duration and receipt of the economic benefits, particularly in light of the length of the prior marriage; and whether the committed cohabiting relationship exhibits the indicia of marriage.”  In Reese, it was established that the court can consider the unquantifiable lifestyle afforded by cohabitating in determining whether to modify or terminate alimony.

It is important that the party asserting or defending against a claim of cohabitation seek the assistance of legal counsel in navigating through this extremely fact sensitive and often murky area of New Jersey family law.