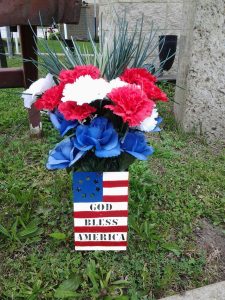 our loved ones, and celebrating them and our relationship makes us feel good. Most humans love to love. I suppose that is a funny observation for a divorce lawyer but my profession does not immune me from a human’s fundamental drive to love and be loved.

This is a funny year to celebrate Love. Our nation is polarized philosophically and that polarization is drawn down the middle of the marital bed. There are arguments about “fake news” and “very fake news”.  Major new outlets have taken sides, openly endorsing the ouster of the President whom they call Mr. Trump, while other outlets revel in the courage of the President and his willingness to take on partisan news reporting.  All this is a lot to digest. It was similar in the first year of Reagan’s Presidency but Reagan’s style was smoother and he was more able to quell the surrounding storm. The point is that regardless of your view of the President, Hillary Clinton and Conservatism versus Liberalism there is a lot of ammunition available on TV for you to garner and use in an argument about the correctness of your position.  I know people feel passionately about their views.

The problem is, as I have observed before, when family members do not share your own views.  There has been a phenomenon in the last year which I have not seen since the Sixties of people taking their positions to the streets. At times, these positions are irrational and extreme. Sometimes they are offered by entertainers or would be entertainers who seek out conflict to make themselves seem relevant. They have press time and exposure to gain from talking stupid.

When you’re married, pushing the extreme of your position gains you little if one of you is a “donkey” and the other an “elephant”.  One might never forget and 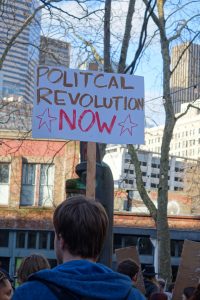 the other may be planning an unexpected rear double kick. The point is in marriage you need to pick your battles. Very few of us are in a position to change the political process by other than a vote. Life is generally too busy for most of us to drop everything and protest. We are arm chair politicians calling the political climate like we call a football game. “He should have caught that!”.  “What was that end thinking?”. We have about as much impact on the political arena as we do on the game.

That is really the point. Marriage is about the big decisions in our individual lives not the national life.  It is okay to vote for, or even contribute to the side we favor.  It is even all right to say what you think once in awhile. Problem is we tend to say what we think a hundred times as if repetition will ultimately convince our spouse of how wrong they are.  Most of the talking heads have said that nothing happening in Washington or said on the news is changing anyone mind. I know right now you are thinking and that is the problem because it is so obvious. What is obvious to you is not so obvious to the other side.

Here is a news flash: Trump is likely going to be with us for four years. This is not a Parliamentary government as in the UK; there are no votes of no confidence. The Supreme Court is not going to appoint Hillary Clinton as President and no one is getting impeached for excessive Tweeting.  The fact is governments come and go. Power shifts from party to party; it is designed to be ever changing. Families, if they are to survive, need to be flexible and adaptable as well. But families need to decide what is important. Life throws us a lot of curves. We may have financial or health issues, things that need to be solved that are in our control. Families help us resolve the hard times and enjoy the good ones.

Sometimes families are torn apart by tragedy or time; frequently because of core difference in one’s view of the world. You’ve got to ask yourself  whether a political belief  is the kind of core difference that is worth fighting over to the death of the family?  If it’s not, turn off CNN or Fox at night and snuggle up to an episode of “Modern Family” and relax.