Reiterating the opening to our latest blog outlining the history of U.S. 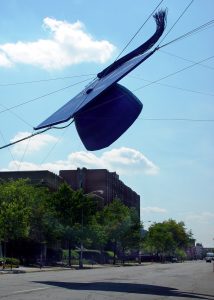 Supreme Court decisions regarding the fundamental right to parent one’s child, he wrote:  “United States Supreme Court Justice Sandra Day O’Connor wrote on behalf of the Court in the case of Troxel v. Granville, 530 U.S. 57 (2000), that ‘the interest of parents in the care, custody, and control of their children — is perhaps the oldest of the fundamental liberty interests recognized by this Court.’ Justice O’Connor went on to cite other decisions like Meyer v. Nebraska, 262 U.S. 390 (1923), wherein the Court recognized ‘that the ‘liberty’ protected by the Due Process Clause includes the right of parents to ‘establish a home and bring up children’ and ‘to control the education of their own.’ In Wisconsin v. Yoder, 406 U.S. 205(1972), the Court noted: ‘The history and culture of Western civilization reflect a strong tradition of parental concern for the nurture and upbringing of their children. This primary role of the parents in the upbringing of their children is now established beyond debate as an enduring American tradition’. Justice O’Connor ultimately held: ‘It cannot now be doubted that the Due Process Clause of the Fourteenth Amendment protects the fundamental right of parents to make decisions concerning the care, custody, and control of their children.”

On February 9, 2017, the New Jersey Appellate Division handed down a decision in Ricci v. Ricci, A-1832-14T1.  While not factually identical to the Rachel Canning case discussed by Mr. Dugan referenced above (where a New Jersey student sued her nondivorced parents for contribution towards her college expenses), the Ricci’s are divorced and were sued by their emancipated daughter for payment of college tuition.

The relevant facts are as follows: the Ricci’s daughter, who is now 23 years old, left her mother’s home at the age of 19 to reside with her paternal grandparents. Consequently, the Ricci’s executed a consent order terminating child support. Thereafter, their daughter sought to intervene in the matrimonial matter, seeking to vacate the emancipation order. The trial court entered an Order on October 11, 2013, permitting the daughter to intervene, finding the daughter unemancipated for the purpose of college payment without discussion and required the parents to pay the tuition cost for community college for the 2013-2014 school year, which was less than $2,000.00. However, prior to completing her degree at community college, the Ricci’s daughter transferred to Temple University without discussing the decision with her parents and afterward sought that her parents pay the significantly larger tuition. On October 31, 2014, a new judge, without the benefit of a plenary hearing or review of financial documentation enforced the October 11, 2013 Order and required the Ricci’s to pay their daughter’s outstanding tuition, fees, and the cost of books at Temple University. The Ricci’s sought reconsideration of the October 31, 2014 Order but the judge did not examine whether and to what extent the Ricci’s could and should pay tuition and ordered the parties to pay their daughter’s outstanding tuition at Temple University. The Ricci’s appealed the resulting Order.

On appeal the Ricci’s described their difficulties with their daughter that led to their agreement to emancipate her and terminate child support after she began living her paternal grandparents. Notably, Mr. Ricci conveyed his objection to their daughter living with his parents from whom he is estranged, and he blamed them for exacerbating parental relationship difficulties between himself and his daughter. Diametrically opposing the Ricci’s version of events, their daughter claimed that she did not flee to her grandparents home in defiance, but was kicked out of her mother’s home. She further characterized the behavior which her parents outlined as “things teenagers typically do” and insisted the control her parents asserted was “impossible” to comply with.

The Appellate Division stated that, “a child’s right to support is not ‘defeated merely because both parents are united in their determination to declare the child unemancipated.’ Johnson v. Bradbury, 233 N.J. Super. 129, 136 (App. Div. 1989). However, the court’s authority to impose support obligations is circumscribed: it terminates with a child’s emancipation. Pascale v. Pascale, 140 N.J. 583, 591 (1995). ‘Where there is no longer a duty of support by virtue of a judicial declaration of emancipation, no child support can become due.’ Mahoney v. Pennell, 285 N.J. Super. 638, 643 (App. Div. 1995). When circumstances surrounding the parent-child relationship support a finding the child is emancipated, “the parent relinquishes the right to custody and is relieved of the burden of support.”  Filippone v. Lee, 304 N.J. Super. 301, 308 (App. Div. 1997).

The Appellate Division further stated that, “prior to addressing whether a parental support is required for a child who reaches majority, it must be determined whether the child remains unemancipated. If so, then the next question is whether the child has aptitude for college. If each of these questions is affirmatively answered, then parental ability to afford the significant cost of college must be examined; it is not presumed.”

Given the parties’ differing version of events, the Appellate Division held that the family court must address the threshold question of emancipation after a plenary hearing. Thus, an examination of the events that led to the parties’ daughter living her paternal grandparents is required. The Appellate Division stated, “[h]ow that event occurred bears heavily on whether [the Ricci’s daughter] exercised ‘an independent status of . . . her own’ and became emancipated.’ . . . At a plenary hearing, “[i]f . . . [the Ricci’s] prove their claims, [their daughter’s] choices have consequences: a child is free to control his or her life; however, this course relives her parents of the obligation to finance such self-determined decisions. . . .”  However, if the daughter’s claims are true, that she was thrown out of her mother’s home despite her rigorous compliance with their ‘impossible’ demands, the court must protect the child’s right to financial support. The Appellate Division clarified, that “a child’s decision to seriously pursue a college education alone does not create the required dependency allowing him or her to be unemancipated.”

Since the trial court failed to address the threshold question of emancipation, the Ricci matter was remanded for a plenary review.

Determining a parental relationship ends is important and is often an emotional process. The law office of James P. Yudes, A Professional Corporation is here to assist you.