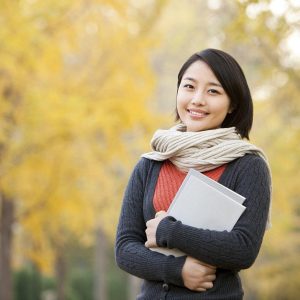 as a result of a child bringing an action against her divorced parents seeking contribution from them for her college expenses as well as other relief. Although the circumstances and reasons for same were in dispute, the child had moved out of her mother’s home at age 19 and moved in with her paternal grandparents. The parents filed a Consent Order declaring the child emancipated. The child subsequently filed a motion seeking to intervene in the matrimonial matter, seeking to vacate the emancipation Order and for contribution towards her college educational expenses, initially for the community college she was attending. The trial court entered an Order finding the child to be unemancipated, directing contribution toward the community college expenses, but leaving open the issue of future contributions, including referral to mediation. As a result of a subsequent motion, a different judge required the divorced parents to contribute towards the child’s college expenses for Temple University, and, when the court denied their Motion for Reconsideration, an appeal ensued. In its comprehensive opinion, the Appellate Division reversed and remanded the matter back to the trial court for further proceedings. In essence, the Appellate Division concluded that the extent to which parents, whether divorced or not, should be required to contribute towards a child’s post-high school educational expenses was dependent upon whether that child was either considered emancipated or unemancipated as a matter of law. The Appellate Division found that the trial court’s vacating the prior emancipation Consent Order and deeming the child unemancipated without the benefit of a plenary hearing, notwithstanding the conflicting allegations as to the circumstances surrounding same, was in error. The Appellate Division opined that the issue of college contribution could not be addressed until after the emancipation issue was decided, and remanded the matter for a plenary hearing on this threshold question. However, in doing so, the Appellate Division at the conclusion of its opinion offered the following “observational” comments:

“A plenary hearing on emancipation, mandated by law, has one winner and the chasm between parents and child surely will widen whatever the outcome. The initial motion judge was very sensitive to this possibility and urged the parties to seek an alternate course to reach resolution. We applaud that effort imbued with common sense. We also recognize demands placed on our Family Part judges do not allow the luxury of uninterrupted consideration of one matter at a time. Therefore, in addition to being emotionally draining and time consuming, litigation is expensive. In light of these realities, before undertaking the course outlined by law, we encourage the parties to give serious consideration to whether their positions, and hopefully their relationship, could be reconciled by a different course of dispute resolution, which unlike litigation, might more closely address the dynamic and complex interactions between parents and child.”

Apparently, the parties took these comments to heart. Within a matter of days after the Appellate Division opinion was issued, it was reported that the two sides agreed to drop the case, were working on repairing their relationship, and resolving these issues outside of the continued litigation. Hence, while the Ricci case has left us with an interesting legal legacy, we will not have the benefit of the ultimate “legal” outcome of this compelling scenario.

It is also curious that at the same time the Ricci case was being decided, the new “emancipation” statute, N.J.S.A. 2A:17-56.67, discussed in my colleague, James P. Yudes, Esq.’s blog post of January 12, 2017, went into effect. Obviously, this law was not in effect when the Ricci matter was decided below, and was not mentioned or addressed in the Appellate Division’s decision. It is curious that if the remand had gone forward, whether this “emancipation” law would have been applied, or more importantly, whether it even applied to that situation.

While most everyone refers to it as the “emancipation” statute (present company included), N.J.S.A. 2A:17-56.67 never uses the term “emancipation”. Rather, the focus of the statute was the modification of current law relating to the duration and termination of child support obligations. Under this law, the obligation to pay child support would terminate by “operation of law” and without order by the court on a date that a child marries, dies, enters the military service or reaches 19 years of age, unless (1) another age for the termination of child support is specified in a court order, but in no event beyond the date the child reaches 23 years of age, or (2) upon written request seeking the continuation of child support beyond the age of 19 for a child (a) who was still enrolled in high school or other secondary educational program, (b) was a student in a post-secondary educational program enrolled for what the school considers to be full-time attendance during part of at least five (5) calendar months of the year, or (c) has a physical or mental disability as determined by the federal or state governmental agency existing prior to the child reaching age 19 and requiring continued child support. Absent this, a parent could only seek to extend child support beyond the age of 19 by motion “due to exceptional circumstances as may be approved by the court”. However, the statute also provides that it was not intended to prevent a child who is beyond 23 years of age from seeking a court order requiring the payment of other forms of financial maintenance or reimbursement from the parent as authorized by law to the extent same was not payable or enforceable “child support” as defined in N.J.S.A. 2A:17-56.52, or prevent the court upon application due to exceptional circumstances, including but not limited to a mental or physical disability, from converting a child support obligation to another form of financial maintenance for a child who had reached the age of 23.

Given the timing of these two “emancipation” laws/cases, it seems to raise some questions of what the inter-relationship, if any, might be between them. The initial observation is that the child in Ricci was already 19 when the legal dispute over her emancipation arose and had reached the age of 23 by the time the Appellate Division’s decision was issued. With the child having reached these ages would the statute have barred her claims? The statute also appears to allow for the continuation of child support beyond the age of 19 without need for motion if sufficient proof is established that the child is enrolled full-time in a post-secondary educational program; however, nowhere does this statute touch upon what other factors and considerations that might bear upon whether a child would still be considered “emancipated” notwithstanding that child’s continued pursuit of a post-secondary education, including whether the child had moved “beyond the sphere of influence and responsibility exercised by a parent and obtains an independent status of his or her own” such that there has been a conclusion of the fundamental dependent relationship between a parent and child. As the court in Ricci noted, a child’s decision to seriously pursue a college education alone does not create the required dependency allowing him or her to be unemancipated. N.J.S.A. 2A:17-56-67 (c) allows a payor parent to challenge an order providing for the continuation of child support beyond the age of 19, but must file a motion in order to do so, where presumably these sorts of issues and claims could be raised. Again, the statute deals with the duration and termination of child support obligations and not “emancipation” per se, although in many respects same have been viewed as one in the same. As can be viewed by Ricci, whether a child may be emancipated or not is a much broader and complex issue. Given the statutes continuing right to challenge a continuation of child support past age 19, it does not appear that this statute was intended to limit a court’s right to evaluate these broader emancipation issues. Another important consideration or distinction, however, is that the statute talks in terms of child support obligations, while allowing for the payment of other forms “financial maintenance or reimbursement” as authorized by law, even beyond the age of 23. Nowhere in this statute or in the definitions referred to therein is child support defined to include educational costs and expenses. Hence, would this statute even apply to the payment of such expenses? Yet under Ricci, a parent would have a duty of support, which it defined as to include a duty to contribute towards a child’s educational expenses, only so long as that child remained unemancipated. Hence, if a child is deemed emancipated, the duty of support, including educational expenses, would be terminated and the court’s authority to impose same circumscribed. What is the relationship between these principles and the statute’s allowance for the payment of other forms of “financial maintenance or reimbursement from a parent as authorized by law” even beyond the age of 23? Is N.J.S.A. 2A:17-56.67 truly an “emancipation” statute at all or is it more of an administrative or procedural statute, shifting burdens, streamlining the process, etc. in regards to the duration of child support obligations without the need for court involvement. I expect that there will be considerable confusion as the scope of this statute and its impact upon the developed law on “emancipation”, and which will certainly need to be addressed by our courts going forward.