I was at a social event recently. A woman attending that event, after learning that I was a divorce attorney, came up to me. She told me that her ex-husband had just filed court papers seeking to modify or terminate her alimony payments. With indignation in her voice she explained that “He can’t do that because I have permanent alimony!” It was obvious that this person had taken the word “permanent” literally, and believed that her alimony rights were forever immutable. She seemed genuinely shocked when I explained, without getting into the details of her case, that even “permanent” alimony may be modified or terminated upon a showing of a substantial change in circumstances. This highlighted to me the common misconceptions prevalent in family law matters in the use of words or terminology from a lay person’s perspective as opposed to words’ legal meaning or significance. In this blog post I will not only comment on some of the most common misconceptions I have encountered, but why it is crucial not only for litigants to ask but for attorneys to explain what such words or terms mean so as to avoid potential problems arising down the road. 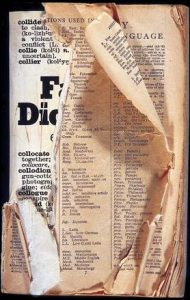 Let’s take the permanent alimony example first. The dictionary defines “permanent” as “fixed and changeless; lasting or meant to last indefinitely. Not expected to change in status, condition or place”. It is clear that the woman above was operating under this dictionary definition when it came to her alimony rights. Prior to the 2014 Amendment to the alimony statute, “permanent alimony” was one of the forms of alimony courts could award in divorce matters. The statute did not define the term “permanent”; however, it was recognized to mean that same was “indefinite” in duration. However, to qualify as alimony for tax purposes, it needs to terminate upon death. It would also terminate upon remarriage pursuant to  New Jersey statute N.J.S.A 2A:34-25. More importantly, our courts recognized that support obligations, including those characterized as permanent alimony, defined only the present obligations of the former spouses, and that those duties were subject to review and modification upon a showing of “changed circumstances”. See generally Lepis v. Lepis, 83 N.J. 139 (1980). Whether based upon increased/decreased income, increased/decreased need, retirement, cohabitation, or other variety of circumstances, our case law held that awards of permanent alimony may not only be modifiable but possibly terminated as well. Hence, in the absence of anti-Lepis provisions in a parties’ divorce agreement, permanent alimony was far from “fixed and changeless”. While the 2014 alimony statute’s replacement of “permanent alimony” with “open durational alimony” may reduce these misconceptions going forward, there are countless pre-existing judgments and/or agreements which contain permanent alimony awards. Attorneys must make sure their clients are aware of this distinction, and what “permanent” means when it comes to alimony.

Believe it or not, a frequent misconception litigants have is what is meant by the term “child support”. I am surprised by the number of parents, even those who have been paying for some time, who remain under the belief that their child support payments were only intended to be used for those bills and expenses directly related to or incurred for that child. Many even want to obtain “accountings” to confirm that their support payments were actually being spent only for the “child”. This is clearly not the law. New Jersey statutes and case law provide that both parents are responsible for the financial needs of their children. However, those financial needs are not limited to those expenses linked only to a specific child, i.e. clothing, lessons and activities, educational expenses and supplies, toys and electronics, medical and dental services, etc. Rather, the financial needs of a child also encompass a wide range of expenses, goods and services related to the household in which the child resides, be they housing-related expenses (mortgage, rent, utilities, cable/internet, insurance, water, etc.), transportation-related expenses (car payments/lease, gas and maintenance, insurance, etc.), or other variable expenses (food, household supplies, etc.). A child needs a roof over its head, nutritious meals, a safe and reliable mode of transportation, among other needs. Most of these expenses are shared or pooled with other members of the child’s household. Hence, “child support”, whether determined in accordance with the New Jersey Child Support Guidelines or not, is intended to encompass a parent’s share of all of the reasonable financial needs of a child, even if the other parent received an “incidental” benefit therefrom. Isaacson v. Isaacson, 348 N.J. Super 560 (App. Div. 2002)   Again, an attorney should make sure that his client understands what child support truly covers.

Another common misconception revolves around the use of the term “joint custody”. During my initial consultation, I give prospective clients an overview of the various issues which may need to be addressed incident to divorce. If the parties have minor children, I will note that determinations will need to be made involving custody and parenting time. More often than not, the client will confidently state he or she wants “joint custody”. Likely, they have heard this term before, and for most they equate the term “joint” with the children having 50/50 or equal time with each parent. In reality, in the context of custody matters the word “joint” generally corresponds to its dictionary definition of “shared by or common to two or more; sharing with another”, as opposed to equal. Furthermore, the law in New Jersey differentiates between two components of custody – residential custody and legal custody. Residential custody generally refers to the extent to which a child will live with or spend time with either parent. This is what most people think of when they hear the term “custody”. The second component, legal custody, deals with the extent to which each parent has the right to participate or to be involved in major decisions affecting the health, education, safety and general welfare of the child. Our law declares that it is the public policy of New Jersey to assure that minor children have frequent and continuing contact with both parents after the parents have separated or dissolved their marriage, and that it is in the public interest to encourage parents to share the rights and responsibilities of child rearing in order to effect this policy. Our law further provides that in any proceeding involving the custody of a minor child, the rights of both parents shall be equal. The current law’s underlying policy is that neither parent has greater rights when it comes to custody determinations, and that it is the best interest of the child which should control. However, when the law talks in terms of the rights of both parents as being equal, it is not necessarily calling upon a child spending an equal amount of time with each parent. Rather, the presumption is that both parents should have the right to share in or participate in making major decisions regarding the child’s health, education, safety and general welfare, along with having frequent and continuing contact with each parent. This has become known as joint legal custody.

The parents themselves are free to come up with whatever custody and parenting time arrangement best meets the needs of the family and child, so long as it does not run contrary to the best interest of the child. Whether reached by way of agreement or established by the court, there are essentially three primary forms of custody awards. The most common is for both parents to share joint legal custody of the children, with one parent being deemed the primary residential custodian or caretaker (also referred to as the parent of primary residence for child support purposes), with the other “noncustodial” parent or secondary caretaker (also referred to as the Parent of Alternate Residence for child support purposes), and being afforded a level of parenting time (previously and sometimes still referred to as “visitation”) with the child or children. Second, the parties may agree or the court may award “joint custody” to both parents, in which the parents will not only share joint legal custody, but to have joint or shared residential or physical custody of the children so that the children are spending relatively equal amounts of time with each parent. While such true “joint custody” arrangements are growing in acceptance, they’re still relatively uncommon. It generally takes a unique set of circumstances for such arrangements to truly work as it is often viewed that shuttling children between two sets of households would be too unstabling for the children. Such arrangements would generally involve circumstances where each parent still lives in relatively close proximity to the other, maintain a good relationship and share relatively consistent parenting philosophies. Such “joint custody” arrangements may also involve what is sometimes referred to as nesting where a single residence is maintained for the children to reside in, and with each parent alternating time with the children at that residence. On the other end of the spectrum, the third type of custody is where one parent is awarded sole legal and residential custody of the children, and the other parent simply afforded some level of parenting time or visitation with the children. This type of an award may come into play where there is a substantial history of domestic or sexual abuse and/or evidence of significant parental unfitness affecting not only the nature and extent of a parent’s level of contact with the children, but the parent’s ability to deal with or even communicate with each other concerning matters affecting the children, same being a major component of legal custody. Again, while these represent the three primary types of custody, the parties may enter into or the court may direct any other types of custody arrangements as may be determined to be in the best interest of the child.

When it comes to the law, words matter. Even the most common of words may have a different meaning or significance. It is an attorney’s responsibility to be mindful of this. Don’t let today’s misconceptions turn into tomorrow’s problems.