You know the song: “Here’s the story … of lovely lady …who is bringing up three very lovely girls. . . Here’s the story of a man named Brady who was raising three boys of his own. . . .” Most of us are familiar with the television show “The Brady Bunch”. In the show, Mike Brady had three sons from a previous relationship (Greg, Bobby and Peter Brady), and Carol Brady, his wife, had three daughters from her previous relationship (Marcia, Jan and Cindy).   They became what is popularly referred to as a “blended family” upon the marriage of Mike and Carol. Carol’s daughters took Mike’s last name and the family became known as “The Brady Bunch.” Mike and Carol’s respective children also referred to their stepmother and stepfather as “Mom” and “Dad”. 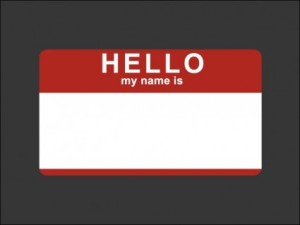 While the Brady children called their stepfather/stepmother as “Mom” or “Dad” without issue in the show, what a child in real life should call his/her parent’s new spouse can be a thorny issue for some families. Some parents balk at the idea of their child referring to a stepparent as “Mom” or “Dad.” Yet other parents think that it is perfectly acceptable for a child to refer to their parent’s new spouse by “Mom” or “Dad”.  Although, Mike and Carol’s former spouses were not involved with the blended family, in the recently unpublished decision of the Hon. L.R. Jones, J.S.C. in the case of BS v TS, Judge Jones was faced with a mother’s objection to her child calling her former husband’s fiance “Mom”.

In B.S. v. T.S., the parties divorced in 2010.  They have an eight year old son, Daniel, over whom they share joint legal custody, with the Plaintiff/father having primary residential custody, and the Defendant/mother having regular parenting time.  The court noted that both parents are fit parents, regularly involved in caring for their son, and both parents have close bonds with Daniel. After the parties’ divorce, Plaintiff began a long term relationship with a woman, “Lori”, who has primary residential custody of three children from her prior marriage; her children also regularly see and spend time with their biological father.  Eventually, Plaintiff and Lori moved in together and live as a “blended family” with their four combined children.  Plaintiff and Lori are engaged to be married.  Over time, Daniel, began calling Lori or “Mom” by his choosing, over Defendant’s objection. Defendant believes that Daniel should be corrected and told to refer to Lori by her name and not be allowed to call anyone “Mom” except the defendant.  Judge Jones’ written opinion does not state whether Lori’s children refer to Plaintiff as “Dad.”

Judge Jones noted that there is very little precedence guiding this situation about whether a child is permitted to call a stepparent “Mom” or “Dad”.  In this case, he held that a child has the right to decide whether or not to call a stepparent “Mom” or “Dad” when that stepparent is willing to be addressed as same, despite a child of divorced parents having few rights of self-determination.   The judge decided: “So long as a child is old enough and mature enough to distinguish between a parent and step-parent without confusion, and so long as a step-parent has no objection to a step-child calling her or him “mom” or “dad” on a voluntary basis a term of affection, the child generally must have the right to make such decision in a manner most consistent with his or her own comfort level on this highly sensitive issue.” The Court noted that there may be circumstances where a child is too young or too immature to distinguish between a parent and step-parent, such as when a child is an infant or a toddler, and both parents are actively involved with the child. Conversely, when a child lives in a home where the parent and step-parent have biological children together, these children call both adults in the home “Mom” and “Dad,” and in such a situation a child may feel more comfortable calling the step-parent “Mom” or “Dad” as well.

The court provided as basis for its reasoning the child’s rights and freedom of speech. Interestingly, there are individuals who would argue that children do not have such freedom of speech rights, and that the parents have control over the child until the child comes of age to make such decisions. However, as stated by the United States Supreme Court in Prince v. Massachusetts, 321 U.S. 158 (1944):

“… The family itself is not beyond regulation in the public interest, as against a claim of religious liberty. . . and neither rights of religion nor rights of parenthood are beyond limitation. Acting to guard the general interest in youth’s well being, the state as parens patriae may restrict the parents’ control by requiring school attendance, regulating or prohibiting the child’s labor, and in many other ways. Its authority is not nullified merely because the parent grounds his claim to control the child’s course of conduct on religion or conscience.”

Thus, a parent’s constitutional right to rear their child(ren) is not unlimited.

As previously stated, B.S. v. T.S. is an unpublished decision of a trial court level judge and, therefore, is not binding on judges in other courts.  It may be, however, persuasive to another family court judge.  Certainly, this is not a one size fits all decision. There are many questions left unanswered, such as what was Defendant’s parenting time?  Defendant shares joint legal custody of Daniel with Plaintiff, but beyond stating that Defendant sees him regularly, there is little detail provided the frequency and nature of their relationship or the extent of it. The Court stated assimilation in a blended family as a reason for allowing Daniel to call his stepmother “Mom”, but nothing is said about whether Lori’s children call Plaintiff “dad.” It is also unknown what are the ages of the step-mother’s children that would influence Daniel’s desire to call to his step-mother “Mom”. In addition, while the Court frames this issue as being in the realm of the child’s rights, the decision is not ultimately solely the child’s.  The step-parent must also be in agreement, yet both of the biological parents do not need to be in agreement. Furthermore, would the Court’s decision be different if Plaintiff did not have primary residential custody or if the stepmother was not as involved in the child’s day-to-day care?  What if Plaintiff encouraged Daniel to call his stepmother “Mom”?  These are certainly fact sensitive matters, so that if we change the facts, the outcome might be different.

We live in world where individuals do not feel validated unless they are bestowed with a certain title, but what’s in a name? For some, names can be an artificial and meaningless convention, and children are more likely to love the person and not the name. “What’s in a name?  That which we call a rose, by another name would smell as sweet.”