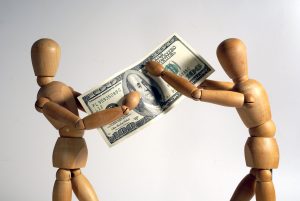 The marital standard of living is one of the statutory factors that the family court is required to examine when making alimony determinations.  N.J.S.A. 2A:34-23(b) states:

“In all actions brought for divorce, dissolution of a civil union, divorce from bed and board, legal separation from a partner in a civil union couple or nullity the court may award one or more of the following types of alimony: open durational alimony; rehabilitative alimony; limited duration alimony or reimbursement alimony to either party. In so doing the court shall consider, but not be limited to, the following factors:
(1) The actual need and ability of the parties to pay;
(2) The duration of the marriage or civil union;
(3) The age, physical and emotional health of the parties;
(4) The standard of living established in the marriage or civil union and the likelihood that each party can maintain a reasonably comparable standard of living, with neither party having a greater entitlement to that standard of living than the other;
(5) The earning capacities, educational levels, vocational skills, and employability of the parties;
(6) The length of absence from the job market of the party seeking maintenance;
(7) The parental responsibilities for the children;
(8) The time and expense necessary to acquire sufficient education or training to enable the party seeking maintenance to find appropriate employment, the availability of the training and employment, and the opportunity for future acquisitions of capital assets and income;
(9) The history of the financial or non-financial contributions to the marriage or civil union by each party including contributions to the care and education of the children and interruption of personal careers or educational opportunities;
(10) The equitable distribution of property ordered and any payouts on equitable distribution, directly or indirectly, out of current income, to the extent this consideration is reasonable, just and fair;
(11) The income available to either party through investment of any assets held by that party;
(12) The tax treatment and consequences to both parties of any alimony award, including the designation of all or a portion of the payment as a non-taxable payment;
(13) The nature, amount, and length of pendente lite support paid, if any; and
(14) Any other factors which the court may deem relevant.”

This issue is often vexing, and while there is a lot of discussion regarding marital lifestyle, there is not a lot of agreement regarding how it is calculated or determined. The marital standard of living has been defined as broadly as “. .. the way the couple actually lived, whether they resorted to borrowing and parental support, or if they limited themselves to their earned income.” Hughes v. Hughes, 311 N.J. Super. 15, 34 (App. Div. 1998). When couples do not limit the marital lifestyle to their actual incomes it creates a standard that neither party may have the ability to maintain after a divorce. Not surprisingly, the spouse who has to pay alimony will typically seek for the obligation to be determined on the limits of his/her actual earnings and ability to pay, whereas a supported spouse is typically seeking to live a lifestyle as close to the marital lifestyle as possible.   Determining the marital standard of living in a matrimonial litigation is critical and can be a point of contention.   In establishing the marital standard of living “a supporting spouse’s current earnings are not determinative.” Crews 164 N.J. at 27.    The supporting spouse’s current earnings become relevant when determining whether, and the degree to which, the supporting spouse can support the dependent spouse in maintaining a lifestyle reasonably comparable to the standard of living enjoyed  by the parties during the marriage. Id.

What if parties spent to extreme excess in the period leading to the divorce and lived a lifestyle that was inflated?  What marital lifestyle are they held to?  The recent unpublished Appellate Division decision in the case of Ponzetto v. Barbetti, 2015 WL 11090338, at 1 (App. Div. June 28, 2016), is an example of how one court handled an alimony claim where the parties had a lifestyle that the court felt was not only beyond their means but was an exaggerated marital lifestyle.  In this case, the parties were in their mid-forties, had a nineteen year marriage, and a contentious divorce litigation. The parties had no children and, therefore, the primary issues in their divorce were equitable distribution of marital assets and alimony.  In a comprehensive written opinion issued in September 2011 following trial, Judge Mendez concluded that the parties’ business, which plaintiff founded as a teenager and for which defendant kept the books, had highly valuable assets and had proved quite lucrative over the course of their marriage, at one point generating revenue of over $500,000 a year. Nevertheless, the business, which provided sound systems for concerts and other entertainment events, had suffered in the economic downturn.  At the time of the divorce, the judge found that the business nowhere near supported what he characterized as the parties’ “artificial lifestyle,” marked by “their irresponsible spending and outlandish behavior, whether going on expensive vacations to South America and Europe, or purchasing fancy cars.”

Typically a judge would look at the parties’ spending during the last several years of the marriage to determine what their marital lifestyle was.  However, the judge refused to use the marital standard of living established by the parties in the “two or three years prior to separation” for calculating defendant’s alimony in this case, characterizing their lifestyle expenditures as “artificial and excessive.” Instead, the judge as he termed it “kindly” relied upon an examination of the parties’ lifestyle for the first thirteen years of their marriage in order to calculate an alimony obligation.

This is an unpublished decision in which the Appellate Division affirmed the decision of the trial court, finding that the trial court had not abused its discretion by basing marital lifestyle on earlier years of the marriage rather than the most recent years.   While Judge Mendez chose to use an earlier time period for determining the martial lifestyle, it would also have been possible for the Court to take a “you made your own bed” approach and determine alimony based on the lifestyle the parties shared in the two or three years prior to separation.  It is also possible that the court could have awarded alimony based on what was affordable to the supporting spouse based on the parties’ incomes, income potential and distribution of assets.   The family courts have an obligation to make factual findings as to marital lifestyle but still bear discretion as to the factors that are most relevant to the court when awarding alimony.