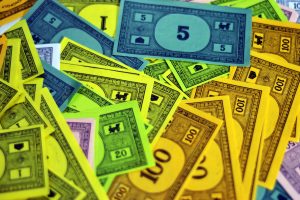 Suspecting that there may be hidden assets is one thing, determining whether those suspicions are true and then locating the “hidden” assets is another. First, there are some basic “searches” that 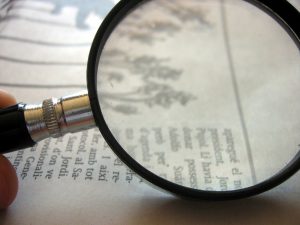 can be obtained. If there is a belief that the other spouse has an interest in real estate, and there is a sense of where such real estate may be located, a title search can be requested for each county where any real estate held, whether in the other spouse’s name or in the name of others who may be holding same for his or her benefit. If there is a belief that certain vehicles may belong to the other spouse, motor vehicle searches can be requested. To the extent “public” records don’t allow for the search of other forms of assets, retaining the services of a private investigator or “asset locator” may be considered, and who may have access to other databases to possibly locate those other forms of assets.

Besides searches, good old-fashioned discovery may be used to establish whether assets are being secreted or concealed. A review of bank and/or investment account records may reveal unusual or unexplained disbursements or transfers from these accounts. These transactions should be investigated in greater detail, and which may lead to the disclosure of hidden assets. So too any unusual transfers or payments to third parties, be they relatives or friends, business associates or vendors. Consider subpoenaing banks in proximity to the spouse’s home or business since most people maintain accounts in banks which are convenient.

Tax returns are another excellent source to ascertain the possibility of hidden assets. First of all, one should be convinced that the copy of the tax return being reviewed is legitimate and is the actual one which had been filed with the IRS. If not, one should request a copy of the “as-filed” tax return directly from the IRS. Tax returns include schedules listing any reported interest or dividend income earned on any bank account or investments under the spouse’s name or social security number. The same is true for any capital gains or losses for investments on property bought and sold. They also include schedules of certain deductions claimed, or other types of “business income” reported. Entries on tax returns which do not correspond to known assets or accounts may reflect the existence of hidden assets warranting further investigation.

Had the spouse applied for or obtained any loans or lines of credit, whether personal or business? If so, persons seeking to borrow money have the incentive to present their financial position in the most positive and favorable light and thereby maximize the extent of their assets and income, to increase the likelihood of the loan being approved. Demand copies of any and all financial statements and loan applications in discovery, or obtain them from the financial institution directly by way of subpoena.

If a spouse has his or her own business, the opportunity to conceal assets, if not income, is even greater. Unusual disbursements or diversions of funds from the business, unexplained loans to shareholders, dramatic changes in a company’s retained earnings, accounts receivable or payables, pay checks issued to “questionable” employees, transactions involving business entities of similar names (possibly front companies) or accounts held by same, etc. If these sorts of activities exist or are suspected, given their complexity, it is strongly recommended that the services of a forensic accounting expert be retained to more thoroughly investigate and evaluate same.

The efforts utilize by some people to divert or hide assets from his or her spouse in hopes of avoiding splitting them in a divorce seem limitless. However, so too are the tools available to try and uncover same. This blog post is intended to highlight these issues. However, it should be noted that often the most difficult decision to make is whether a spouse’s suspicions about the existence of hidden or concealed assets are grounded in some reality, rather than a general mistrust of his or her spouse, so that those efforts don’t become a fruitless and expensive wild goose chase. The decades of experience the attorneys at James P. Yudes, PC have had in handling in such complex divorce cases can help litigants navigate through such weighty issues.