This past week the New Jersey Appellate Division issued an unpublished opinion in the case of V.J.C vs. M.V. (docket no. A-4587-15T3).  In this case the defendant appealed from a final 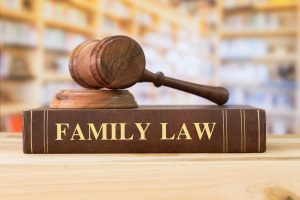 restraining order (FRO) entered by the trial court in favor of plaintiff pursuant to the Prevention of Domestic Violence Act, N.J.S.A. 2C:25-17 to -35. The defendant claimed that the trial court abused its discretion in denying his request for a short adjournment of the April 14, 2016 hearing until his attorney could arrive at the courthouse. The series of events that led to the defendant being in court that day are as follows.  The plaintiff filed a domestic violence complaint against the defendant on March 15, 2016 in which she accused him of choking her  during a party at the apartment they shared.  A temporary restraining order (TRO) was entered and a hearing was scheduled for March 24, 2017 pursuant to N.J.S.A. 2C:25-29(a) which states that a final hearing on a party’s request for a FRO should be held within ten days after the plaintiff files a complaint.

The next day, the defendant appeared in court without counsel present, and he requested an appeal of the TRO based upon the grounds that he was unable to retrieve his personal belongings from the residence. In response to the defendant’s request, the trial court ordered that the hearing be scheduled for the following day: March 17, 2017. Keep in mind that the defendant had only been served with the TRO on the previous day. Likely in light of the aforementioned facts, the defendant then told the court that he needed more time to hire an attorney.   The plaintiff first requested an adjournment “because of a medical issue” and the court granted that request, moving the hearing to March 31 and then rescheduling it again to April 7, 2016 because of the court’s schedule.  Defendant’s counsel then requested an adjournment again “because of a prior court commitment” and the judge granted that request as well, scheduling the hearing for April 14, 2016. Just two days prior to the trial date, on April 12, 2016, defendant’s attorney requested yet another adjournment because of other municipal court matters he had scheduled on this date.  In my experience, Superior Court judges are not always willing to adjourn matters on their own calendars for municipal court matters.  More importantly, this case had had a number of adjournments already, and the trial judge was mindful of the statutory requirement to hold a hearing within ten days of the filing of the domestic violence complaint.

The trial court judge denied counsel’s request for an adjournment but offered the consideration of a “ready hold” so that the matter would be heard at a specific time that day.  The defendant’s attorney appeared in municipal court the morning of the hearing but had to advise the trial court that the municipal matter was running late.   The trial judge advised the defendant that the case was going to proceed that day even if his attorney did not arrive.  Defendant was permitted the opportunity to call his attorney but could only reach the attorney’s office staff.   Defendant’s counsel never appeared.  He faxed a letter to the judge’s chambers advising that he was tied up in municipal court, and requested another adjournment of the final hearing.  He sent a second letter asking that the matter be held until he arrived shortly.   The court, however, conducted the hearing without Defendant’s attorney, and entered a final restraining order against the defendant.  The trial judge stated in his amplified decision that he did not receive the two letters from counsel until after the hearing was already completed.

In the July 25, 2017 unpublished decision, the Appellate Division reversed the trial court’s decision to enter a final restraining order against the defendant, and remanded the matter back to the trial court for a new hearing, agreeing with Defendant that he was entitled to have his chosen counsel present at that hearing to represent him.  The Appellate Division reasoned: “As the trial judge correctly noted, N.J.S.A. 2C:25-29(a) states that a final hearing on a party’s request for a FRO should be held within ten days after the plaintiff files a complaint. However, the Supreme Court has recognized that to the extent this provision may at times ‘preclude[] meaningful notice and an opportunity to defend, [it] must yield to due process requirements,’ and, therefore, does not preclude a trial judge from granting a continuance so that a party’s attorney may represent him or her at the hearing. . . ‘Thus, it is within the trial court’s discretion to grant an adjournment or continuance if either party requests an adjournment for the purpose of obtaining or consulting with an attorney, securing witnesses, or other good cause, unless the delay would create an extreme hardship on the other party, or there had been an inordinate delay in seeking counsel.’ . . .  As the Supreme Court has stated, ‘[o]ur courts have broad discretion to reject a request for an adjournment that is ill founded or designed only to create delay, but they should liberally grant one’ when necessary in order to safeguard a party’s due process rights. J.D v. M.D.F., 207 N.J. 458, 480 (2011).”  The Appellate Division concluded that the trial judge had “mistakenly exercised his discretion” and that “[r]egardless of who was responsible for these adjournments, however, ‘there [was] no risk to plaintiff” while the matter was pending because “courts are empowered to continue temporary restraints during the pendency of an adjournment, thus fully protecting the putative victim while ensuring that defendant’s due process rights are safeguarded as well.’. . .”.

This case is an unpublished opinion, so it is binding on the parties of that case, but not binding authority on other courts.  Unpublished opinions such as this may be persuasive to another court, however, when presented with a similar situation, and can be illustrative to other lawyers and litigants.  The lessons of this case are two-fold really.  First, attorneys and litigants should try to be mindful and respectful about a court’s calendar when scheduling matters and requesting adjournments, as there can be unintended consequences in angering a judge.   As a practical matter, however, scheduling conflicts between different courts’ calendars and attorneys’ calendars often do present scheduling challenges and conflicts.  Second, the Appellate Division felt that the overriding consideration of the courts has to be allowing litigants their Constitutional due process protection which allows them not only notice but a reasonable opportunity to be heard on the issues.  It appears correct that not only must a court in such a situation protect the purported victim, but that the court must also fairly ensure that the constitutional rights of the accused are considered and protected as well.   A final domestic violence retraining order has significant consequences on an accused defendant.  The Appellate Division reasoned that Defendant should be permitted to be represented by an attorney if he chose to have one at that hearing, and/or should be permitted to have witnesses available and that reasonable requests for adjournments to allow for a fair hearing should be allowed, particularly where there would be no harm to the purported victim who would continue to be protected in the interim period by the temporary restraining order pending the final hearing.

If you find yourself in the midst of a domestic violence situation as either a victim or a person accused, and you feel that you need assistance to navigate the surrounding judicial waters, we at the office of James P. Yudes, A Professional Corporation are here to help and guide you.