In a prior post, I took a look at the process necessary to seek the dissolution or modification of a Final Restraining Order (FRO), specifically taking into consideration the Carfagno factors that have since been adopted by the Appellate Division as a non-exhaustive list of factors for the Court to consider when one of these applications is made.  In a recent, albeit unpublished, decision, the Appellate Division revisits this issue and takes a closer look at what constitutes a prima facie case of good cause and changed circumstances warranting a plenary hearing on this issue.  That case, B.R. v. J.A., originated in Hudson County and has been reversed and remanded for a plenary hearing by the Appellate Division, without any discussion on the merits of the defendant’s application.

The relevant facts of the case can be summarized as follows:

On September 9, 2014, the parties appeared before the family court judge for the motion hearing.  However, the motion hearing was adjourned to October 3, 2014.  Prior to leaving on September 9th, the judge entered an amended FRO which excused the victim from attending the scheduled hearing on the 3rd of October and acknowledged her request to maintain the FRO restraints against the defendant.  Otherwise, the FRO remained unchanged.  On October 3rd, a new judge was handling the motion hearing and that judge was unfamiliar with the proceeding that occurred earlier in September.  However, the court clerk was present on both occasions and the current judge allowed the court clerk, without being sworn in, to speak at the hearing on October 3rd.  The court clerk described the proceeding that occurred on September 9th and urged the Court to listen to the recording from that proceeding, over defense counsel’s objection.  The Court listened to the playback of the September 9th proceeding and made the following statement in response thereto: “that playback speaks for itself.”

Accordingly, on October 3rd, the new judge denied the defendant’s application, without prejudice, finding that no good cause or change of circumstances were shown as required by the statute.  In addition, the Court determined that the factors set forth in Carfagno were not met and, therefore, the FRO should not be dismissed.  The judge’s specific findings included: B.R. did not consent to the vacation of the FRO; B.R. feared the defendant; J.A. was convicted once for contempt for violation of that FRO; defendant did not attend counseling; defendant was not elderly; defendant had no additional restraining orders against him in any other jurisdictions; defendant had no drug or alcohol abuse problems; defendant had not been involved in any violent acts with any other persons; and no relationship existed between the parties at the time of the hearing.  The judge later entered a supplemented opinion, wherein he retracted any reliance whatsoever placed on the unsworn testimony of the court clerk.  However, he further opined that he found the victim was “terrified” of “merely sitting in the same room” as the defendant despite the fact that the judge was not present on September 9th to observe the victim and the victim had not been subjected to cross examination.  Accordingly, the judge concluded that “further testimony and cross examination of [B.R.] was not necessary to make a determination as to whether she feared [J.A.].”  Furthermore, the judge added that, despite not affording the defendant the right to cross examine the victim, there was no “demonstrable proof to challenge the credibility,” of the victim with respect to the defendant’s assertion that her opposition was brought in bad faith. 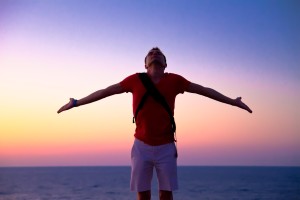 The Appellate Division ultimately concluded that the defendant had clearly demonstrated a prima facie case of good cause and changed circumstances to warrant a plenary hearing based upon the fact that there were material facts in dispute.  More specifically, the Appellate Division held that whether the victim had an objectively reasonable fear of the defendant and/or was acting in bad faith by opposing the defendant’s application remained material facts in dispute primarily because the victim was not subjected to cross examination and the judge did not have the opportunity to witness the victim’s appearance and demeanor when testifying.  As you may recall from my prior post, the standard of fear is objective because the “duration of an injunctive order should be no longer than is reasonably required to protect the interest of the injured party.”  See Carfagno, quoting Trans Am. Trucking Serv., Inc., v. Ruane, 273 N.J. Super. 130, 133 (App. Div. 1994).  If a subjective standard were applied, the scope of the injunction might be broader than reasonably necessary to protect the victim and would unnecessarily infringe on the defendant’s rights. Based upon the above, the Appellate Division vacated the trial court’s order and remanded to the trial court for a plenary hearing on the defendant’s application to dismiss the FRO against him.

The issues of domestic violence are always of the utmost importance given the delicacy of the issues involved therein and the importance of protecting victims from any form of abuse or domestic violence.  With that being said, defendants have rights too and should not be prevented from moving on when the statutory factors have been met and there is no need for continued protection.  As many, if not all, of you are aware, there are always two sides to any story and it is of the utmost importance that both of those sides are adequately told in order to reach a just and equitable resolution under a given set of facts and circumstances.  As always, the attorneys here at James P. Yudes, P.C., are willing and able to assess any and all potential domestic violence issues you may encounter and look forward to helping in any way that we can.