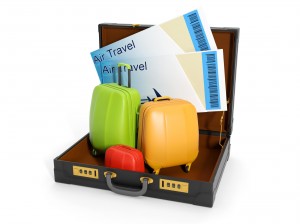 he “Panama Papers” refer to hacked files from an international law firm based in Panama called Mossack Fonseca.  Those hacked files were analyzed by the press and later published in a report by the International Consortium of Investigative Journalists. The report’s findings have already lead to the resignation of the Prime Minister of Iceland, Sigmundur Gunnlaugsson, after it was revealed that he owned an offshore company with his wife but he had not declared it when he entered Parliament.  Mr. Gunnlaugsson is also accused of concealing millions of dollars’ worth of family assets. It has been predicted that the fallout from the leaking of the approximately 11.5 million documents will be massive. It is also predicted that the revelations contained in the Panama Papers will lead people to create vehicles in which assets hidden offshore will be more difficult to trace.

The prospect of hidden assets can arise in divorce litigation. N.J.S.A. 2A:34-23 authorizes the trial court in divorce actions to “make such award or awards to the parties, in addition to alimony and maintenance, to effectuate an equitable distribution of the property, both real and personal, which was legally and beneficially acquired by them or either of them during the marriage.”  In equitably distributing marital property, the New Jersey Supreme Court has ruled that the trial court must complete a three-step process. The court must: (1) identify the specific property determined to be subject to equitable distribution; (2) determine the value of each asset, and (3) equitably distribute the assets. Rothman v. Rothman 65 N.J. 219, 232 (1974). Sometimes identifying  or finding an asset subject to equitable distribution can be difficult. 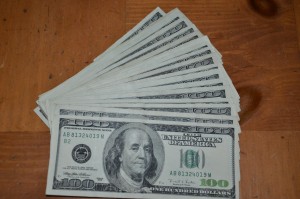 It is important during a divorce litigation to provide discovery and full and complete financial disclosures.  It is the duty of both parties to do so. It is an expectation of the courts that you do so. Providing discovery aids in the resolution and trial of matters efficiently and with the least amount of cost.  Willingly providing discovery may reduce suspicion and enhance chances of settlement.  Failure to do so can result in accusations of fraud.   In complicated matrimonial matters, a forensic accountant may be hired or appointed in order to trace assets and monies, determine cash flow, and value/or value assets.  Attorneys can take depositions and propound subpoenas as useful tools.   In matrimonial cases, private investigators and other financial experts or specialists may be used, particularly as means of secreting assets become more sophisticated.

It is important for a party to select the right team of professionals to carry out the investigation.  It is also important to for the party who is being wrongly accused of hiding assets to have the proper representation to avoid a “fishing expedition” leading to unnecessary and costly litigation.   The law office of James P. Yudes, P.C. is here to assist you.