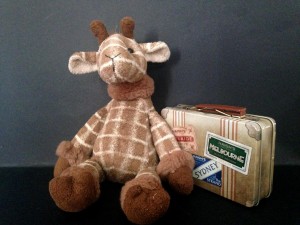 Historically, New Jersey case law did not favor allowing a custodial parent to relocate another state with a child. However, the major advancements in technology which allow people to remain in constant contact with each other and the ease with which one can travel interstate has shifted the tide. Under the right circumstances, it is not unheard of for a Court to grant a primary parent’s request to relocate out of the State of New Jersey with a child.

When determining a parent’s request to relocate to another state, an initial inquiry is whether the parent seeking to relocate has primary residential custody. This is important because the court must apply the appropriate standard in making determination on the request to relocate out of state. If the parent making the request to move is the parent with primary residential custody of the children, then the court will apply the standard established by the Supreme Court of New Jersey in Baures v. Lewis, 167 N.J. 91 (2001).  A custodial parent seeking to relocate out of New Jersey with the parties’ children must provide enough evidence to meet a threshold showing that there is (1) a good faith reason for the relocation and (2) that the move will not be inimical to the child(ren)’s best interests. In addition, under Baures, twelve (12) factors that the family court must consider when determining whether one parent may relocate with the parties child outside of New Jersey: (1) the reasons given for the move; (2) the reasons given for the opposition; (3) the past history of dealings between the parties insofar as it bears on the reasons advanced by both parties supporting and opposing the move; (4) whether the child will receive educational, health and leisure opportunities at least equal to what is available here in New Jersey; (5) whether any special needs or talents of the child that require accommodation or its equivalent is available in the new location; (6) whether a visitation and communication schedule can be developed that will allow the non-custodial parent to maintain a full and continuous relationship with the child; (7) the likelihood that the custodial parent will continue to foster the child(ren)’s relationship with the non-custodial parent if the move is allowed; (8) the effect of the move on extended family relationships here and in the new location; (9 )if the child is of age, his or her preference; (10) whether the child is entering his or her senior year in high school at which point he or she should generally not be moved until graduation without his or her consent; (11) whether the non-custodial parent has the ability to relocate; and (12) any other factor bearing on the child’s interest. Id. at 116-17.

However, if the parents have a shared parenting time arrangement, such an application may be considered an application to change custody, which is analyzed under a different standard. O’Connor v. O’Connor, 349 N.J. Super. 381 (App. Div. 2002). When a modification of custody is sought, the child’s best interests are central to the inquiry. A “[m]odification of an existing child custody order is a ‘two-step process.’ R.K. v. F.K., 437 N.J. Super. 58, 62 (App. Div.2014) (quoting Crews v. Crews, 164 N.J. 11, 28 (2000)). “First, a party must show ‘a change of circumstances warranting modification’ of the custodial arrangements.” Id. at 63 (quoting Beck v. Beck, 86 N.J. 480, 496 n. 8 (1981)).” A litigant must first clear that initial hurdle before being “‘entitled to a plenary hearing as to disputed material facts regarding the child’s best interests, and whether those best interests are served by modification of the existing custody order.’” Id. at 62–63 (citation omitted).”

In the Appellate Division decision published this month, Bisbing v. Bisbing, (A-5047-14), the Court was once again faced with a parent’s request to relocate out of state. The parties separated in August 2013, and in November 2013 the mother began a long distance relationship with a man that lives in Utah. The parties entered in a Marital Settlement agreement (MSA) on March 8, 2014. The MSA provided that the parties would have joint legal custody of their twin daughters and that the mother would have primary residential custody with the condition that she not relocate out of state. A final judgment of divorce was entered on April 16, 2014. Less than nine months after the parties’ divorce, the mother notified the father of her plans to marry the Utah man and relocate to Utah. The mother sought permission to relocate with the parties’ children which the father opposed. Eleven months after the divorce, the mother filed a motion to relocate which was granted by the family court without a hearing. Thereafter, the mother relocated with the children to Utah and married the Utah man. The father appealed the trial court’s decision.

The Appellate Division reversed the trial court’s decision and ordered a hearing on remand to determine, first whether the mother negotiated the MSA in bad faith. If so, a “best interests of the child” analysis must be conducted. Second, if bad faith by mother was not found, the trial court must then consider whether the mother proved a “substantial unanticipated change in circumstances warranting avoidance of the agreed-upon non-relocation provision and simultaneously necessitating a Baures analysis. If the MSA was negotiated in good faith, yet [the mother] fails to satisfy her burden of proving a substantial unanticipated change in circumstances, the court must apply the same ‘best interests’ analysis as required in the first step. Only if [the father] is unable to demonstrate that [the mother] negotiated the MSA in bad faith and [the mother] proves a substantial unanticipated change in circumstances occurred should she be accorded the benefit of the Baures analysis.”

If the mother negotiated the MSA in bad faith, the best interests of child standard applies because in reality what the mother seeks to do is modify the custody provisions of the MSA. The parties’ agreed to joint custody with a non-relocation clause and the mother was made the primary parent on this basis. If the mother negotiated the MSA in bad faith, her doing so deprived the father of the opportunity to contest custody. Thus, the father is entitled to a plenary hearing to determine if the mother manipulated the situation to obtain a favorable Baures decision. If the mother did negotiate the MSA in good faith, then whether the Baures test or the best interests of the child standard applies is dependent on whether the mother can demonstrate a substantial unanticipated change in circumstances.

It is important to keep in mind that parents are always able to come to their own agreement on this issue and determine what is in the best interest of the children. If that is not feasible under the given circumstances of a case, then there are procedures and standards in place for the parties to make their respective applications to the Court with regard to relocation. Such pleadings by either parent need to be well thought out, organized, and as detail specific as is feasible with all necessary proofs in order for the Court to render a decision. The decision as to whether the children may relocate has significant impact on the lives of children and their parents.