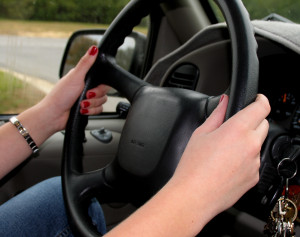 On October 21, 2015, the Hon. L.R. Jones, J.S.C., a family court judge in Ocean County issued an opinion that was approved for publication this week in the matter of Fichter-v-Fichter. Judge Jones addressed the question of whether a parent already paying child support pursuant to those Guidelines also has to pay an additional amount for child support of a new licensed unemancipated teenage driver.

In this case the parties divorced in 2011.  They shared joint legal custody of a 17 year old son and 13 year old daughter, both of whom lived primarily with their mother.   The child support guidelines worksheet was attached to their marital settlement agreement, which required the father to pay $303 per week in child support to the mother on behalf of the two children.   The settlement agreement also stated that the parties would share in the cost of their son’s automobile insurance.   Their son drove a 2005 used Volvo owned technically by the mother, who drove a newer Volvo.  The parties’ agreement was silent on the payment of car insurance for the parties’ daughter at the time that she would become a licensed driver.  After the son became emancipated, the father’s child support obligation was reduced to $213 per week.  In this post-judgment application, the mother sought the father’s contribution to the daughter’s  $854 annual automobile insurance to be paid in addition to his $213 per week child support obligation.   In response to the mother’s application, the father did not agree or disagree to the request, did not pay anything additional towards the car insurance, and filed no reply to the application.

Judge Jones found that he could require an additional contribution to an unemancipated child’s automobile insurance to be paid in addition to child support awarded pursuant to the Child Support Guidelines.  He noted that the September, 2013 amendments to the Child Support Guidelines contained new language that addressed in general terms an add on expense for a parent supplying a child with a car, but the new language did not state whether the cost of car insurance was an appropriate add on to the child support guidelines support.  The court examined the Supreme Court Practice Committee’s report which indicated that the Committee had discussed but not reached a conclusion about whether to distinguish the cost of insurance from the cost of the car itself.   The judge thus noted the ambiguity of this new amendment to the Child Support Guidelines and the lack of legal precedence to interpret this language.

Judge Jones, therefore, indicated that he had to apply logic, fairness and common sense in applying this provision and, of course, reach a decision to further the best interest of the child at issue.   He referred to comment 8 to the Child Support Guidelines which refers to consideration of: “All costs involved with owning or leasing an automobile including monthly installments toward principal cost, finance charges (interest), lease payments, gas and motor oil, insurance, maintenance and repairs.”   Comment 8 also states that “the net outlay (purchase price minus the trade-in value) for a the purchase of a vehicle for the child is not included in the guidelines, nor are expenses associated with a motor vehicle purchased or leased for the intended primary use of the child subject to the support order.”  Comment 21, however, states that “a motor vehicle purchased or leased for the intended primary use of a child subject to the support order” may be a factor warranting a support adjustment to the child support award.  The Supreme Court Family Practice Committee added this provision to clarify that the Child Support Guidelines do not include expenses for a car intended for the primary use by the child.   The Committee did not define what “expenses” were included and which were not.

Since Comment 8 contains the word insurance, a literal reading of the Guidelines would to the conclusion that the non-custodial parent has no obligation to contribute to a newly licensed child’s car insurance since it is already part of the Guidelines consideration.  This would mean, however, that the custodial parent would inequitably not receive additional child support when a child becomes licensed to drive, which would leave the custodial parent solely to bear that additional insurance cost.  The judge also saw no reason to have the cost of a vehicle considered an appropriate add on expense to child support, but not the insurance for the vehicle.  Judge Jones further reasoned that not only did he have to examine the best interests of the child, but that the Child Support Guidelines allows a court reasonable discretion to deviate from the Guidelines to reach a just result.  He reasoned that automobile insurance is necessary to protect a teenage driver’s health, safety an welfare, and it is also necessary to protect the public at large as an innocent person could be injured by an inexperienced teenage driver.   Insurance for a teenage driver may be unaffordable to many custodial parents without contribution from the concustodial parent.

Judge Jones noted that the cost of the daughter’s insurance in this case was reasonable and affordable for a used ten year old vehicle provided to the child if both parents contribute equally.