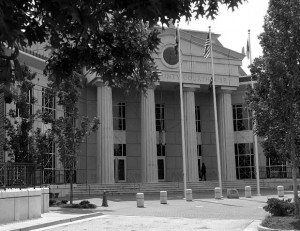 In July I wrote a blog explaining Assembly Bill A3909.  This Bill, loosely based on a Statute enacted in Massachusetts, affected a broad range alimony reform.  In a nut shell, the Bill eliminated permanent alimony and created formulas that Courts were instructed to utilize in computing the amount and duration of alimony.  Under that Bill, alimony would terminate when the payor spouse reached the age to receive  social security retirement benefits.  Alimony under that Bill could also be modified consistent with existing case law if the payee spouse were to cohabit and there was an economic benefit to that cohabitation.  Mirror bills have been pending in the House and Senate Judiciary Committees since March, 2012 and the State Assembly held a public hearing on the Bill in early December.  Although originally on track to be law by October, 2013 the Bill has not passed through both Legislative houses to date.

Part of the impediment to the passage of the Bill seems to be the Appellate Division decision in Gnall v. Gnall, 432 N.J. Super. 129 (App. Div. 2013), the subject of my August 30th blog.  In Gnall the Appellate Division restated New Jersey’s public policy surrounding permanent alimony and rejected the notion that long term alimony is only appropriate in marriages that have lasted longer then 20 years.  I speculated that the Legislature might have slowed the stampede to broad range alimony reform because of this well-written appellate decision.  Before Gnall, the Legislature rejected opposition  from the organized State Bar to alimony reform as profit motivated.  Since the courts cannot take a stand in a Legislative debate, Gnall was an available vehicle for the courts to weigh in on alimony reform.

At the end of November, a more tailored Bill was introduced in the State Assembly.  Rather then eliminating permanent alimony, the Bill changes its  name to “indefinite length” alimony, which is what permanent alimony is in reality, as permanent alimony is always subject to modification based on changed circumstances.  Importantly, the Bill addresses several vexing problems that payor spouses may experience when seeking alimony review.  Significantly, while the length of time in which a party has experienced a change in circumstance would not be dispositive, the Bill allows a payor spouse to seek to modify alimony 90 days after financial circumstances have changed.  The Bill also allows for retroactive modification of alimony to the date of the financial change.  Currently, the law on alimony requires that before an application to modify alimony based on an alleged change in circumstance can be successfully brought to court, the payor spouse has to wait a sufficient amount time to show that the change in circumstance is not transitory.  The new Assembly Bill A4525 also allows a litigant to make an application for a prospective retirement plan with the court considering such factors as age, health, earning ability and other circumstances consistent with our current law.  Lastly, the Bill allows alimony to be suspended or terminated if cohabitation by the payee spouse is proven without the need to prove a material economic benefit to the payee spouse.  Currently a payor spouse has to prove cohabitation and economic benefit in order to obtain alimony relief,  and that alimony relief might be a modification of alimony rather than a suspension or termination.

The new Bill A4525 may seem less ambitious then the more robust Assembly Bill A3909.  It does not reform the whole system but does address some of the most oft cited problems.  We at James P. Yudes, A Professional Corporation are here to discuss your alimony concerns.  The Bill A3909 would, if enacted, be retroactive if a payor made an application predicated on the Statute within two years of its enactment.  Alimony reform is coming and when it does we are here to answer your questions.