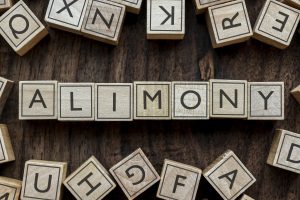 (3) Recognition of the relationship in the couple’s social and family circle;

(4) Living together, the frequency of contact, the duration of the relationship, and other indicia of a mutually supportive intimate personal relationship;

(6) Whether the recipient of alimony has received an enforceable promise of support from another person; and

(7) All other relevant evidence.

The statute further provides that “in evaluating whether cohabitation is occurring and whether alimony should be suspended or terminated, the court shall also consider the length of the relationship. A court may not find an absence of cohabitation solely on grounds that the couple does not live together on a full-time basis.”

In Landau v. Landau, A-1240-18, the Appellate Division recently grappled with the question of whether the changed circumstances standard of the seminal support modification case of Lepis v. Lepis, 83 N.J. 139, 157 (1980), continues to apply to motions to suspend or terminate alimony in cases where cohabitation is an issue given the 2014 amendments to the alimony statute.

Therefore, the spouse paying alimony must make a “prima facie” showing that the dependent spouse is cohabiting. If the payor spouse meets his or her burden, then a rebuttable presumption is created that the dependent spouse is cohabiting, warranting a review of alimony. The parties then exchange discovery, and the spouse receiving alimony has the opportunity to overcome and rebut the presumption of changed circumstances by demonstrating that the need for continued alimony remains.

In late 2014, after the amendments to the alimony statute, the Landaus entered into a divorce agreement wherein Mr. Landau agreed to pay substantial alimony.  Their agreement stated that “[n]otwithstanding anything contained herein to the contrary, the Wife’s cohabitation as defined by then current statutory and case law shall be a basis for the Husband to file an application seeking a review and potential modification, suspension or termination of alimony pursuant to New Jersey law.”

The facts of the case in Landau demonstrate the fact sensitive nature of these cohabitation cases.

In December 2017,  Mr. Landau filed an application to terminate, suspend or modify alimony based upon the his former wife’s romantic relationship of more than a year.  Mr. Landau alleged that his former wife and her paramour traveled together, attended social activities as a couple and posted photos and accounts of their activities on social media.  He alleged that the paramour engaged in many activities with the parties’ children and regularly slept over at Ms. Landau’s home, as she also stayed overnight at her paramour’s home.  He claimed that the paramour attended events that he used to attend with Ms. Landau when they were married, such as family birthday dinners with her parents. Mr. Landau further claimed that the paramour attended the Bar Mitzvah of one of the parties’ sons and was seated next to Ms. Landau in the position of honor for a parent of the child being Bar Mitzvahed. At the celebration afterwards, Mr. Landau claimed that Ms. Landau publicly acknowledged her paramour and their relationship in a speech.  He also claimed that Ms. Landau informed him that she had moved her brokerage accounts to the investment firm where her paramour worked and received a “friends and family discount.”

Ms. Landau asserted that and her boyfriend were merely dating, had no obligations to one another, had never discussed their future or merging their lives together, and denied that they were in a relationship tantamount to marriage.  They did not perform household chores for one another, had no intertwined finances, did not share living expenses and did not have authority over the other’s children.  She and her boyfriend took separate family vacations.  She also attended various social events alone, noting that her boyfriend did not attend her law school graduation or swearing in ceremony.   She stated that her boyfriend attended and sat next to her at her son’s Bar Mitzvah only as her date. He did not participate in the ceremony nor was he included in family photos.  She denied receiving any discount for moving her brokerage accounts, and denied that her boyfriend had anything to do with the accounts she had at the investment firm.

Mr. Landau also submitted a certification a private investigator/former state trooper whom he employed to surveil Ms. Landau and her boyfriend.  Although that individual certified that based on his “surveillances” and “other information” from Mr. Landau that indicated that Ms. Landau and her boyfriend were cohabiting in each other’s residences for “75% of the time period examined”, the investigator did not identify what that time period consisted of, and specified only two instances in which either Ms. Landau or her boyfriend leaving the other’s home in the morning.

Following oral argument, the family court acknowledged that the “general task” of the judge is first to determine if the moving party had established a prima facie case of cohabitation, which would mean that Mr. Landau’s “proffered evidence, if . . . unrebutted would . . . sustain a judgment” in his favor.  The judge, however, decided that he was not going to decide whether Mr. Landau had established a prima facie case of cohabitation before ordering the exchange of discovery.  Instead, the judge first directed Ms. Landau to provide extensive discovery in order to give Mr. Landau “the opportunity to make a showing of a prima facie case, or not, as the case may be.”

The trial court established a two year time period for which Ms. Landau had to provide the following detailed and extensive discovery, including:

Additionally, she was ordered to provide:

∙ all communications between between Ms. Landau and her boyfriend (including letters, cards, emails, texts and voicemails);

∙  Ms. Landau’s personal and electronic calendar for all events attended in the past two years,

∙ copies of all of Ms. Landau’s social media posts that named, identified, mentioned or tagged her boyfriend and any vacations taken with him

∙  depositions of Ms. Landau and her boyfriend.

The Appellate Division granted Ms. Landau’s motion for leave to appeal and stayed the trial court’s order for the exchange of discovery.

This case demonstrates how fact sensitive such cohabitation cases may be and the usefulness of retaining counsel that not only understands this and can help you elicit and support the facts the establish or rebut allegations of cohabitation and change in circumstance, but the importance of having counsel that understands the proper legal standard and can convey the correct legal standard to the court.  The law office of James P. Yudes, A Professional Corporation is such a firm that can do that.