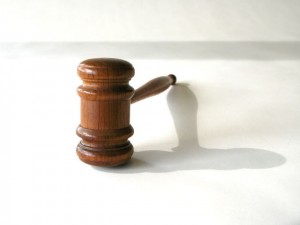 exercise jurisdiction pursuant to New Jersey’s version of the Uniform Child Custody Jurisdiction and Enforcement Act (commonly referred to as UCCJEA).  In this particular case, designated S.B. v. G.M.B., the trial court made a determination  to decline jurisdiction, in favor of the courts of Ontario, Canada, despite the fact that this relief was not specifically requested by either party.  The Appellate Division reversed the trial court’s order based primarily on the fact that there was no showing that the plaintiff would likely be able to enter Canada due to his criminal conviction for an assault on the defendant combined with the fact that the parties’ Property Settlement Agreement clearly and unambiguously stipulated that New Jersey would continue to be the exclusive jurisdiction for parenting-time disputes.

While this particular decision may be somewhat limited in its scope and application going forward, it certainly provides a thorough discussion regarding the application of the UCCJEA and the factors that must be considered when making a determination on an inconvenient forum and the declination of jurisdiction.  The Appellate Division determined that the analysis of the trial court’s decision to decline jurisdiction was a two-step process.  The first step is to determine whether or not “this State acquired continuing, exclusive jurisdiction over custody determinations involving the family when the initial order was entered.”  Griffith v. Tressel, 394 N.J. Super. 128 (App. Div. 2007).  The second step is to determine whether or not “during the time between the initial order and the filing of the motion for modification, circumstances have changed so as to divest this state of that jurisdiction.” Id. at 140.

Ultimately, the Appeallate Division determined that the trial judge was required not only to determine that New Jersey constituted an “inconvenient forum” but also that Canada represented a “more appropriate forum,” in order to properly decline jurisdiction.  The UCCJEA provides eight factors that the court must consider when making this type of determination.  Those eight (8) factors are as follows:

Before even analyzing these factors relative to the facts and circumstances of this particular case, the Appellate Division ultimately determined that Canada was not an appropriate forum because it would be highly inequitable for the plaintiff in that matter to attempt to litigate his parenting time disputes in a forum that may not even be accessible to him, especially since the parties specifically agreed to utilize New Jersey as the forum for these disputes moving forward.  Regardless of that determination, the Appellate Division further stated that even if Canada was an appropriate forum, after reviewing the eight (8) factors, it could not determine that Canada was a “more” appropriate forum than New Jersey.

This particular decision is likely limited in scope and application based upon the specific facts and circumstances of the case, namely that the parties had executed an agreement that included provisions establishing New Jersey as the proper forum for custody and parenting time disputes moving forward as part of the plaintiff’s decision to allow the defendant to relocate with the parties’ child to Canada in the first place.  Moreover, the plaintiff was specifically excluded from entering Canada as he had been denied entry on at least one occasion due to his probationary status brought about by the domestic violence incident between the parties.  However, as the Court made clear by going through the factors, the same result should occur, in that particular case, based upon the analysis of the factors to the facts and circumstances of that case.  Accordingly, this case can be a good starting block for any future analysis or questions regarding the exercise of jurisdiction pursuant to the UCCJEA.

With five experienced matrimonial attorneys, the offices of James P. Yudes, P.C., are willing and able to answer any further questions one might have with regards to custody, parenting time and their relationship to jurisdiction.