United States Supreme Court Justice Sandra Day O’Connor wrote on behalf of the Court in the case of Troxel v. Granville, 530 U.S. 57 (2000), that “the interest of parents in the care, 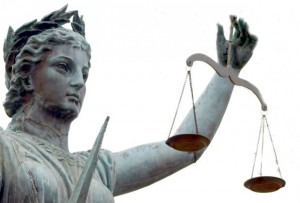 custody, and control of their children — is perhaps the oldest of the fundamental liberty interests recognized by this Court.”  Justice O’Connor went on to cite other decisions like Meyer v. Nebraska, 262 U.S. 390 (1923), wherein the Court recognized “that the ‘liberty’ protected by the Due Process Clause includes the right of parents to ‘establish a home and bring up children’ and ‘to control the education of their own.’”  In Wisconsin v. Yoder, 406 U.S. 205(1972),  the Court noted: “The history and culture of Western civilization reflect a strong tradition of parental concern for the nurture and upbringing of their children. This primary role of the parents in the upbringing of their children is now established beyond debate as an enduring American tradition”. Justice O’Connor ultimately held: “It cannot now be doubted that the Due Process Clause of the Fourteenth Amendment protects the fundamental right of parents to make decisions concerning the care, custody, and control of their children.”

On March 4, 2014, Rachel Canning, an 18 year old Lincoln Park, New Jersey high school senior, made international news when she filed an emergent application, called an Order to Show Cause, in Morris County Superior Court requesting that her parents be ordered to pay child support and to pay her private school and college expenses.  On October 30, 2013, Ms. Canning moved out of her parents’ home and in with a friend’s parents because of she purportedly refused to live under the standards of conduct set by her parents.  The Hon. Peter Bogaard, J.S.C. ultimately denied that the application was emergent, and set the matter down for hearing on April 22, 2014. The New Jersey Courts have consistently held that in order to prevail on an Order to Show Cause, the proponent must show that action by the court is necessary to avoid irreparable harm from being done.  Crowe v. De Gioia, 90 N.J. 126 (1982).  Said another way, a judge must find that the movant has demonstrated a reasonable probability of success on the merits, that a balancing of equities and hardships favors injunctive relief, that the movant has no adequate remedy at law and that the irreparable injury to be suffered in the absence of injunctive relief is substantial and imminent.  Waste Management of New Jersey, Inc., v. Union County Utilities Authority, 399 N.J. Super. 508 (App. Div. 2008).  The Court has further defined irreparable harm to mean any harm that cannot be redressed adequately by monetary damages. Crowe, 90 N.J. at 133.

In concluding the hearing, Judge Bogaard did not rule on the merits of case but found that no immediate and irreparable harm would befall Ms. Canning if the matter set down for hearing on April 22nd.  On the date of the hearing, Ms. Canning will be seeking child support, private school tuition for her last semester at Morris Catholic and college expenses.  Her parents are claiming that their daughter emancipated herself upon turning 18 years of age and unilaterally deciding to move out of the home.

Emancipation, as defined in Black’s Law Dictionary, customarily is the “act by which one who was unfree, or under the power and control of another is rendered free or set at liberty and made his own master.”  Black’s Law Dictionary (rev. 4 ed. 1968 ) at 613.  The term customarily is used to describe the relationship between parent and child which involves the “entire surrender of the right to the care, custody and earnings of such child as well as a renunciation of parental duties.”  Ibid.   In determining whether or not Ms. Canning is emancipated, the court must analyze all facts and circumstances to determine whether the child “has moved beyond the sphere of influence and responsibility exercised by a parent and obtains an independent status of his or her own.”  Fillipone v. Lee, 304 N.J. Super. 301, 308 (App. Div. 1997).  The court will likely find that emancipation is reached “when the fundamental dependent relationship between parent and child is concluded, the parent relinquishes the right to custody and is relieved of the burden of support, and the child is no longer entitled to support.”  Id. 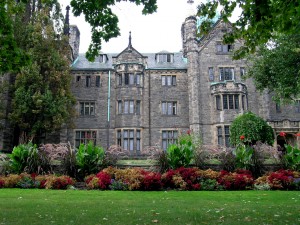 Ms. Canning has an uphill battle in her bid to convince the court to direct her parents to pay for her college expenses.  First, she must convince the court that she is not emancipated even though she appears to no longer be within the sphere of influence of her parents.  Also, if the court were to require Ms. Canning’s parents to pay for her child support and college expenses when she no longer lives with them and, from their perspective, she does not abide by their household rules, would the court be infringing upon what the U.S. Supreme Court has described as a parents’ fundamental rights to parent their children?

Second, there is no precedent in New Jersey requiring married parents to contribute to the support and education of their child who has reached the age of 18 and graduated from high school.   The Court’s decision in this case raises potential Constitutional questions about the violation of citizens’ rights to equal protection under the law.  There is precedent in New Jersey for a divorced parent to be required to pay for support and educational expenses of a child over the age of 18.

On September 13, 2013 , I posted a blog entitled “Back to School – Now Who Pays? Factors to Determine How a Child’s Higher Education Expenses are Paid by Divorced Parents.”  In that blog, I discussed the seminal case of  Newburgh v. Arrigo, 88 N.J. 529 (1982), which lists the factors that a family court judge is required to consider when determining whether a divorced parent should be forced to pay college expenses of his/her child. I also discussed how New Jersey law has been crafted around the concept that a child should be protected from the adverse influence a divorce or separation can have upon his or her pursuit of higher education. In the case of Gac v. Gac, 186 N.J. 535 (2006), the New Jersey Supreme Court recognized that “[u]nique problems arise when parents divorce. The heightened economic concerns and animosity that may develop as part of the divorce process in all too many cases may influence a parent’s viewpoint as to how he or she would have acted if the family had remained together.” Id. at 535.

Perhaps the way to avoid an equal protection issue as it relates to Ms. Canning is if Judge Bogaard applies the factors of Newburgh v. Arrigo to Ms. Canning’s  married parents.  In such a case, Ms. Canning will still have an uphill battle.   Ms. Canning’s parents have said that she will be welcomed back into the home and the support that comes with it if she decides to follow her parents’ rules for her conduct.  Two of the Newburg factors that the court would consider are:  (1) Whether the parent, if still living with the child, would have contributed toward the costs of the requested higher education; and (2) The child’s relationship to the paying parent, including mutual affection and shared goals as well as responsiveness to parental advice and guidance.  If Ms. Canning is found to have spurned her parents and refused to live under their rules, it will be difficult to convince the court that her parents should nonetheless pay for her support and education.    Judge Bogaard in his decision thus far has expressed concern about a “slippery slope” and questioned “Are we going to open the gates for 12-year olds to sue for an Xbox? For 13 year-olds to sue for an iPhone?”

Interestingly, the precedent that may really be questioned by this Canning matter are cases such as Newburgh v. Arrigo and whether they violate the equal protection of divorced parents.    One question that may ultimately need to be answered at some point, even if it is not under the facts of this case, is why a divorced parent can be obligated to pay for the support and education of a child, but a married parent cannot be obligated to do so.