“We recognize that a parent’s fundamental right to raise a child as he or she sees fit encompasses the authority to determine visitation by third parties, including grandparents. See Moriarty v. Bradt, 177 N.J. 84, 114-15 (2003), cert. den., 540 U.S. 1177 (2004). Yet, that autonomy gives way to the need to protect the child from harm. Id. at 115. Thus, “grandparents seeking visitation . . . must prove by a preponderance of the evidence that denial of the visitation they seek would result in harm to the child.” Id. at 88. “If the court agrees that the potential for harm has been shown, the presumption in favor of parental decision making will be deem 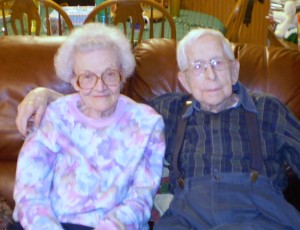 Still, proof of harm involves a greater showing than simply the best interests of the child. Id. at 116 (stating that a dispute between a “fit custodial parent and the child’s grandparent is not a contest between equals[,]” Consequently “the best interest standard, which is the tiebreaker between fit parents, is inapplicable”). Substantively, it is a “heavy burden.” Major v. Maguire, 224 N.J. 1, 18 (2016); cf. Fawzy v. Fawzy, 199 N.J. 456, 479 (2009) (“The threat of harm is a significantly higher burden than a best-interests analysis”). The harm to the grandchild must be “a particular identifiable harm, specific to the child.” Mizrahi v. Cannon, 375 N.J. Super. 221, 234 (App. Div. 2005). It “generally rests on the existence of an unusually close relationship between the grandparent and the child, or on traumatic circumstances such as a parent’s death.” Daniels v. Daniels, 381 N.J. Super. 286, 294 (App. Div. 2005). By contrast, missed opportunities for creating “happy memories” do not suffice. Mizrahi, supra, 375 N.J. Super. at 234. Only after the grandparent vaults the proof-of-harm threshold will the court apply a best-interests analysis to resolve disputes over visitation details. Moriarty, supra, 177 N.J. at 117.

In regard to the consent order and how it would affect the law, the Appellate Division held: “But nothing about a parent’s right to autonomy warrants allowing a parent to unilaterally modify or terminate a consent order on grandparent visitation. The parent effectively waives that autonomy by entering into the order, just as a parent waives rights when entering into any other consent order governing custody or visitation. Given [the court’]s respect for the consensual resolution of family-related disputes and the stability such agreements achieve, modification of a consent order governing grandparent visitation must be considered according to the same Lepis changed circumstances framework applicable to other custody and visitation orders.” The Appellate Division then outlined the following procedure for a litigant to follow:   Consistent with this approach, the court should apply the standard governing grandparent visitation if the movant-parent also succeeds in establishing changed circumstances. That is to say, the court must consider whether or not the modification of a grandparent’s visitation will cause harm to the child, as distinct from considering the best interests of the child. If the modification will not cause harm, the court must grant the modification even if the grandparent could show doing so was contrary to the child’s best interests.

When the parent is the movant, the parent bears the burden to establish grounds for modification. See Beck v. Beck, 86 N.J. 480, 496 n.8 (1981) (“[W]hen seeking joint custody after an initial custody determination has been made, even a parent enjoying such a relationship must satisfy the same burden of proof as applies to anyone seeking to change a custody decree, namely, a change of circumstances warranting modification.”); Abouzahr, supra, 361 N.J. Super. at 152 (assigning burden to show change of circumstances and child’s best interests to “party seeking a modification”); Sheehan, supra, 51 N.J. Super. at 287 (stating “the party seeking a modification bears the burden of proof”).

The Appellate Division is clearly indicating to parents that wish to grant rights of grandparent visitation via consent order or settlement agreement, that serious  implications exist should one or both parent then seek to change the order. It is important to consider these implications before entering into a agreement containing the same.