When one thinks of acts domestic violence usually physical and verbal abuse come to mind. However, actions that involve the destruction of the property of another are often overlooked. 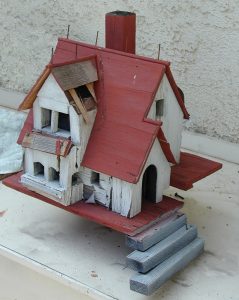 Destroying your significant other’s property falls under New Jersey statute, N.J.S.A. 2C:17-3(a)(1), which provides that an individual is guilty of criminal mischief if he or she “[p]urposely or knowingly damages tangible property of another.” Stated another way, when one sets fire to their significant other’s clothes a la “Waiting to Exhale” or their house a la Left Eye from TLC, these are acts of domestic violence and could lead to the filing of a temporary restraining order and the entry of a final restraining order.

In addition, most people do not know that even destroying jointly owned property can qualify as criminal mischief. For example, if you share a home and destroy shared property like a television, furniture or other shared property, this falls under the criminal mischief section of the Prevention of Domestic Violence Act.  In the unpublished Appellate Division case H.C.F. v. J.T.B., (A-5618-14T3 (App. Div. Sept. 7, 2017),  the appellate court affirmed the entry of a final restraining order on the grounds of criminal mischief. In this case, the plaintiff and defendant were married and resided in a two-story, three-bedroom house. The plaintiff testified that the parties were sleeping in separate rooms for some time and that during an argument the defendant punched the door to her room with a closed fist causing the door to come off the hinges. The defendant admitted to punching the door to the plaintiff’s bedroom. The trial judge found that the case came down to credibility and found the plaintiff’s version more credible. Although, the parties both owned the house the trial court noted that that does not give the defendant the right to damage property in the house because both of the parties have an undivided interest in the home. The trial court stated that the defendant knew what he was doing and admitted to punching the door.

The Appellate Division affirmed the trial court’s ruling and cited to N.T.B. v. D.D.B., 442 N.J. Super. 205, 222 (App. Div. 2015), to support finding that damage to a spouse’s undivided interest in the home as a tenant by the entirety constitutes the predicate act of criminal mischief. In the aforementioned case, the husband during the first incident destroyed speakers that were in the wife’s bedroom by pouring juice on them, and then he proceeded to throw them in the toilet after his wife refused to lower the volume of the music. During the second incident, the husband used his body to open the door to the wife’s bedroom when he discovered it was locked with the wife and their daughter inside the bedroom. The husband slammed his body into the wife’s bedroom door causing the frame to splinter. The marital home was jointly owned and purchased after the parties married. Thereafter, both parties obtained temporary restraining orders against the other.

In N.T.B. v. D.D.B., the Appellate Division looked to the model jury charge for criminal mischief, which instructs trial judges, “[w]here appropriate, [to] charge that property of another includes property partly owned by defendant in which any other person has an interest which defendant is not privileged to infringe.” Thus, the wife’s bedroom door and speakers, although located in the marital home, were the “property of another” within the meaning the statute. Therefore, the husband’s conduct constituted criminal mischief and supported a finding of domestic violence.

As many people do not realize that destruction of property can constitute acts of domestic violence, cases like these are a useful reminder.