I have previously written articles specifically relating to domestic violence and contempt proceedings, including my most recent post from March 18, 2015 – Final Restraining Orders: When Final Does Not Equate to Permanent.  The Appellate Division recently handed down a published decision that further examines domestic violence in the context of contempt proceedings being held against a Defendant in State v. D.G.M., which was decided on March 20, 2015.  In this particular case, the Appellate Division examined the meaning or context of the words “contact” and “communication” as it relates to a form of violation of a Final Restraining Order entered against the Defendant in that case.  The action complained of against the Defendant was him sitting nearby and briefly filming the victim at the parties’ son’s soccer game.  In its conclusion. the Appellate Division relied upon the doctrine of lenity when determining that the trial court conviction should be reversed against the Defendant. 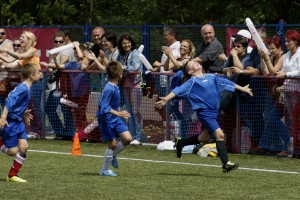 At the time of the parties’ son’s soccer game, the victim “Joan” had an Amended Final Restraining Order against the Defendant which did not preclude him from attending their son’s soccer game.   It did, however, prohibit the Defendant from having any “contact or communication” with Joan, who also attended the parties’ son’s game.  The Appellate Division determined that the trial court’s conviction of the Defendant was based upon the fact that there was a contact or communication with the victim and not that the Defendant was too close to the victim or in an improper location as it related to the victim.  Accordingly, the decision is based upon deciphering the meaning and context of those words as it relates to this Amended FRO and the facts and circumstances of this particular case.

As the record indicated, the specific actions of the Defendant that resulted in the trial court conviction consisted of video taping the victim with his cell phone for a period of approximately three seconds until he looked away briefly when the victim turned that way.  The Defendant then video taped the victim for an additional five seconds or so after briefly filming the action on the field.  The contempt proceedings commenced thereafter.

What is interesting about the Appellate Division’s decision are the following holdings made: (1) “A defendant’s mere act of filming or even simply staring at a victim sends a message and, in many instances, a message sufficiently alarming or annoying, or even threatening, so as to constitute the type of conduct the Legislature had in mind when enacting N.J.S.A. 2C:25-29(b)(7). Cf., State v. J.T., 294 N.J. Super. 540, 544 (App. Div. 1996), ” and (2) “For this reason, we conclude that defendant engaged in communication with defendant when he filmed her, albeit very briefly, with his cellphone.” Despite those holdings, the Appellate Division ultimately decided to utilize and rely upon the doctrine of lenity to reverse the Defendant’s conviction.  As cited in the decision, the doctrine of lenity has been described as “fair warning … of what the law intends to do if a certain line is passed.”

The Appellate Division does not just stop there though.  Ultimately, the Appellate Division’s decision is an attempt to convey to the trial courts and family law practitioners alike, the importance of drafting specific language and provisions into temporary and final restraining orders, so that a Defendant is adequately on notice as to what would constitute a violation of that restraining order.  There were multiple allusions in the Appellate Division’s decision that the trial court could have avoided such confusion by drafting a less ambiguous restraining order.  Specifically, the Appellate Division opined that: “For example, the defendant could have been precluded from attending the child’s soccer games, or other school events, Finamore v. Aronson, 382 N.J. Super. 514, 520-21 (App. Div. 2006), or could have been barred from coming closer to Joan than a particular amount of feet.  We also assume N.J.S.A. 2C:25-29(b) allows our courts to specifically prohibit a defendant from photographing or filming a domestic violence victim or others.” 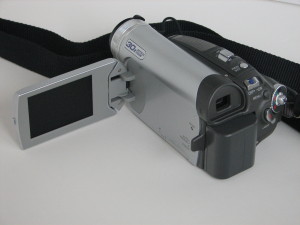 It will be interesting to see how this decision affects domestic violence and contempt proceedings moving forward.  On one hand, one could argue that this opens a can of worms and creates a slippery slope contrary to the true meaning of the domestic violence statute.  On the other hand, one could argue that a defendant’s due process rights are being upheld and protected so that a conviction is not obtained where he/she is unaware that the action that was engaged in would/could lead to a conviction.  Accordingly, it will be interesting to see how the trial courts, family law practitioners, and litigants alike respond to this decision when draft, discussing, negotiating, and otherwise litigating domestic violence matters.  As always, the attorneys here at James P. Yudes, P.C., are well versed in this area of law and will be more than willing and able to address any questions that should arise.