I am frequently asked if It makes sense to buy out of an alimony obligation with a lump sum payment. The answer to the question is a bit complex but I will try to tackle it in the length of this post. Usually, when there is a discussion of the buy-out of alimony, the question that is most common to follow is what motivates the desire for a buyout? The recipient of alimony may want a lump of money to use to invest, buy a house, or start a business. The payor can be looking for a clean break and may find the process of paying alimony on a regular basis annoying or emotionally destabilizing or they can be in the process of seeking a final end to the interaction with 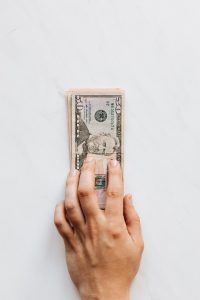 the payee and has a concern for what can feel like the never-ending revolving door of the courtroom. What motivates a recipient to want a lump sum is personal and that motivation should be discussed with your attorney. This post is to focus on the payor’s rational decision-making process, the emotional need to walk away with a clean break once again should be discussed with your attorney.

When a lump sum is discussed at the very least the payment of alimony overtime must be established. In a marriage of under 20 years the likely length of alimony and amount that needs to be established and then discounted to present value using the present value formula. In marriages, over 20 years alimony is usually assumed to end at the social security retirement age of the payor. Once the term and the amount of alimony is agreed upon there then needs to be an agreement as to the discount rate. The discount rate is the assumed interest rate that will prevail in the marketplace during the term of alimony. The assumption is that if a payee banked the money paid to them or annuitized it they would end up with their full alimony over a period of time.

To put it simply, if you compute the present value of the future payment of alimony and pay it out while assuming you have the economic ability to do so the payment makes very little economic sense for a multitude of reasons. One obvious consideration that is to be made is that you in theory could bank or set up your own annuity to pay the alimony which would hedge your obligation against the possibility that alimony might not be paid for the full term. For example, if your ex-spouse should die, alimony ends. If your spouse received a lump sum the beneficiaries of the remaining lump fund could be your children or could be a new spouse. The payor; could die and alimony would then also come to an end. In most circumstances, alimony is protected with some sort of insurance, however, the money you did not payout in lump sum would be part of your estate and would go to people you love. Your ex-spouse could remarry, alimony ends upon remarriage.

END_OF_DOCUMENT_TOKEN_TO_BE_REPLACED 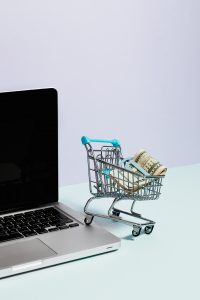 After my last blog post, I am getting a lot of emails… let me say this as clearly as I can, divorce’s are cheaper now due to the fact that most court appearances are virtual. Sitting around the courthouse waiting to be reached usually doubles the time in court on a motion. Trials are notoriously interrupted by a host of administrative and emergencies which routinely eat through the day.

People get caught in traffic, they forget their file… human error causes delay, and as I’ve mentioned before and will again, yes it takes time to get everyone to look at the same exhibit.

Another point to consider is lawyers have more time to do substantive work. Pre- Covid it sometimes became difficult to set up a conference due to the time constraints put on the workday joined with the physical location of everyone in the matter that was in need of attendance. Now with virtual platforms available at the ready, most of us have found more time available for substantive discussion now that we are not focused on more mundane tasks and driving to court. All these innovations are really efficient and enure to the benefit of the litigants. I would encourage you to not be afraid of the courts under these new rules. If your matter is complex and the lawyers agree there are still trials in person with appropriate approval but most of the time a virtual courtroom works just fine.

END_OF_DOCUMENT_TOKEN_TO_BE_REPLACED

One of the most common questions I get asked by both friends and clients who are considering filing for divorce or who have already started the process is, “What is this going to cost me?” It makes sense of course. People want to know what they are going to get and what they are going to lose. What will they get to keep and what will they have to share, or conversely, what will their spouse get to keep and what will their spouse have to share with them? Unfortunately, as simple as this question may sound, the answer is never that simple. There are many variables that can affect the answer.

What is fair is dependent on many factors including the financial position of each party and the types of assets and debts that are involved. There are many considerations that go into determining which assets will be subject to equitable distribution and how those assets will be valued and divided. For example, are there investment and retirement accounts (e.g., brokerage accounts, pensions, IRAs, etc)? If so, were those accounts opened prior to or during the marriage? And if they were acquired prior to the marriage, did the holder of the account continue to invest money into the account even after they were married, thereby contributing marital funds into a previously premarital account? Although such accounts are generally passive assets in that they change the value without any action on the part of the holder, they can also have an active element if a holder continues to put money into the account. And if the holder does continue to put money into an investment account after marrying, then part, but not all, of that asset has become marital.