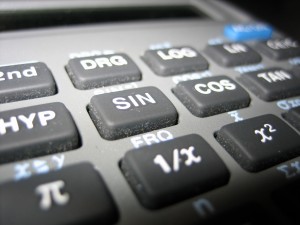 On December 18, 2013 the New Jersey Appellate Division published an opinion in the matter of Harte v. Hand. In the opinion, the Appellate Division addressed the issue of how to properly calculate child support on behalf of children of multiple families.

In this matter, the defendant/father has three children, each with different mothers.  The eldest child resides with defendant and his current wife, while the middle child lives with his mother, T.B.   The youngest child lives with her mother, Ms. Harte.   Defendant sought to reduce his child support obligations to the children of Harte and T.B., claiming that he could not earn the imputed $57,000 of income and that his current wife was supporting him.

The Appellate Division held that the family court’s decision was in error and disapproved of the judge’s methodology, stating “Equality in treatment for the mothers should not be obtained by requiring the father to pay an inappropriately high level of support for both children.”  According to New Jersey Court Rule 5:6A, the Child Support Guidelines “shall be applied” when a court is calculating or modifying child support. Moreover, the Rule states that the “guidelines may be modified or disregarded by the court only where good cause is shown. . . .”  The Appellate Division agreed with the family court that the defendant’s children from different families should be treated equally, but felt that equality is not achieved by directing the defendant to pay inappropriately high child support for the two children with whom he did not live and that the Guidelines were not correctly applied in calculating the defendant’s support obligations.

In calculating a child support obligation for more than one family, the Child Support Guidelines are to consider each obligation so that support  amounts are calculated that are fair and equitable but do not benefit one family over the other. The Guidelines specifically contain mechanisms for adjustment when more than one family is involved. In Harte, the Appellate Division stated that prior child support orders are supposed to be deducted from the obligor’s weekly adjusted gross taxable income because that obligation “represents income that is not available for determining the current child support obligation”.   Because the family court judge did not do this (thus leaving line 2(b) on the child support guidelines worksheet blank on both T.B.’s and Harte’s worksheets), the Child Support Guidelines were not correctly applied.  The Appellate Division reasoned that a child born later than the first child “should not be penalized by reducing the obligor’s available income by the prior child support obligation.”  Thus, the Appellate Court stated that “to achieve parity among the children of defendant, we suggest the use of the ‘prior order’ adjustment under the child support guidelines. . .”.

The Appellate Division then held that the following methodology should be used:  First, child pursuant to the Child Support Guidelines should be calculated for Harte’s child first, with her child considered as having the “prior order” and listing T.B.’s child as the recipient of the second order.    Second, these positions would be flipped with child support calculated so that T.B.’s child is considered the “prior order” and listing Harte’s child as the recipient under a second order.   In each calculation the party receiving the “second” order, would have the amount calculated for the “first” order entered on line 2(b) of the worksheet, thus subtracting that support from the defendant’s weekly income.  Then, after the four calculations are prepared, all including the defendant’s eldest child as another dependent deduction of $177 on line 2(d), the two resulting T.B. worksheet child support obligations (line 27) would be averaged, and the two Harte worksheet calculations averaged.   Defendant would then be ordered to pay the average of the two support calculations to each plaintiff.  The Appellate Division reasoned that this method would ensure that the children were treated fairly regardless of birth order, while not disregarding the father’s obligation to support all three children.  The Court concluded: “This may well not be the only way to equitably calculate support for multiple families, but we suggest it as one workable method of doing so that is consistent with the Guidelines.”

The Appellate Division did not make this methodology a bright line rule for calculating child support for multiple families but the opinion makes it perfectly clear that the abovementioned formula should be utilized whenever applicable. Having considerable experience and expertise in the area of child support obligations and the Child Support Guidelines, the attorneys at James P. Yudes, P.C., are available to assist you with any additional questions or concerns that one might have.