Mass shootings in schools, colleges, movie theaters, churches, concerts and other public spaces have been in the news regularly, leading to disputes over gun control and issues involving 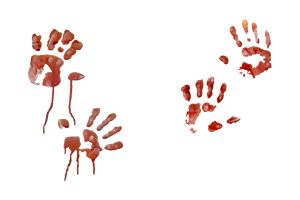 the Second Amendment also in the news, while politicians grapple with how to respond.   It is interesting that after a mass shooting, when those who knew the shooter are interviewed, they commonly indicate that there was no way to predict that the shooter would engage in such violence.   A large portion of mass shooters, however, appear to have in their past abused and/or committed acts of violence towards women in their lives.

For example, in November, 2017 the shooter who killed 26 people (including 8 children) and injured 20 others in First Baptist Church in Sutherland Springs, Texas, had been previously court martialed for physical assault on his first wife and child.  His estranged second wife and her mother attended the church where the shooting occurred and he sent threatening messages to the mother prior to the shooting.   The shooter who attacked Republican congressmen at a basefield field in June, 2017 had been twice accused of domestic battery years prior in Illinois, but the cases against him was dismissed when the victims refused to testify.   The shooter who killed three people at a Planned Parenthood clinic in Colorado Springs had been accused by two former wives of domestic abuse, and had been arrested in 1992 for sexual violence.   In 2016, three people were killed and fourteen injured in an office in Newton, Kansas.  The shooter shot his coworkers after being served with a domestic violence restraining order obtained against him by his girlfriend.  The shooter who committed the largest mass shooting in U.S. history by killing 49 people at the Pulse nightclub in Orlando, Florida abused his wife.  The killer who murdered 6 people and wounded 13 people by stabbing and then opening fire on bystanders in the streets of Isla Vista, California in 2014 out of anger at women who rejected him and refused his advances.  The killer of 32 people at Virginia Tech in 2007 had previously been investigated for stalking two female classmates.  Before killing children in the Sandy Hook Elementary School in Newtown, Connecticut, the mass shooter first killed his own mother.  Just this year, among the thirteen dead at a high school in Santa Fe, Texas was a teenage girl who rejected the romantic advances of the school shooter.

A 2016 report states that 4.5 million women have had an intimate partner threaten them with a gun.  According to the CDC, over half of the killings of American women, roughly 53%, are related to intimate partner violence, with the vast majority of the victims dying at the hands of a current or former romantic partner.  Additionally, domestic assaults are 12 times more likely to end in murder when a gun is involved, and the simple existence of a gun in a home makes it five times more likely that an incident of domestic violence will end in a murder.  According to press reports, perpetrators of domestic violence account for only about 10% of all gun violence, they accounted 54% of mass shootings between 2009 and 2016.

The National Rifle Association has opposed the enactment of stricter gun controls, opposing for instance, the notion that someone accused of domestic violence should have their Second Amendment right to bear arms limited, particularly based on an accusation without a conviction.

Gun control has nonetheless continued in New Jersey with the election of a new governor, and bills that failed to be signed by Governor Christie have been enacted by the state’s new governor, Governor Phil Murphy. Last month, Governor Murphy signed six laws that made New Jersey’s gun laws even more restrictive than they were.  These laws require a mental health professional to warn law enforcement if a patient threatens serious violence against themselves or others; allow for an extreme risk protective order if a court deems someone poses a significant danger to themselves or others; require background checks for private gun sales; lower the magazine capacity from 15 rounds to 10, with an exception for a popular .22-caliber rifle; require residents to show a “justifiable need” to get a carry permit; and prohibit body-armor-penetrating ammunition.

Many states do not have restrictive gun laws as they do in New Jersey.  Perhaps will all of the attention that mass murder has received in recent years, there will be additional study of the causes of gun violence and mass shootings, and that more attention will be paid to domestic violence accusations and its relation to not only gun violence but mass violence to understand the causes of these mass shootings that have become all too common.