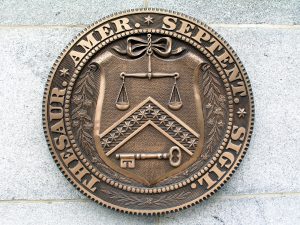 The 2017 Tax Reform Act has been signed into law by President Trump. This law significantly changes the tax liability of individuals. For individuals, it preserves the marriage penalty forcing dual income households to file jointly to increase their tax bracket or face the faster escalated tax rates imposed on those married filing separately. The intermediate tax haven for married persons filing separately or head of household is preserved, allowing for some planning in divorce proceedings with regard to filing status.

The most significant change in the law as it relates to divorce in the change in deductibility of alimony. For orders or judgments entered on or after December 31, 2018, alimony will no longer be deductible by the payer or included in the taxes of the recipient. The statute preserves the shifting of taxability from payor to recipient for orders or judgments entered on or before December 31, 2018 but allows those who finalize their divorce before December of 2018 to elect to apply the new law to their agreement.  It should be noted that the new law provides that it applies to decrees of Judgment of Divorce or separation, written agreements or decrees. Hence it would seem that orders that provide for the shifting of taxability which are modified by order or agreement entered after December 31, 2018 would create non-deductible, non-taxable alimony.

For most high earners, the deductibility of alimony allows for a more favorable tax beneficial payment of alimony to a dependent spouse. Applications to modify alimony based on changes in economic situations made after December of 2018 would require a recognition that one of the additional changes that must be considered is the loss of deductibility by the payor spouse and the avoidance of tax by the recipient spouse.  Since the statue protects orders entered on or before December of 2018, it would be beneficial to build into the agreement any contemplated downward modification thereby preserving the current favorable tax laws.   Of course, the new law also encourages a race to the court house for those anticipating divorce and is a clear motive to resolve pending matters before years end.

For lower income individuals who would not itemize, it might be beneficial to opt into the new tax law this year compute alimony based on after tax needs and ability to pay and thereby take advantage of the augmented standard deduction.   There is some planning possible this year and for those contemplating divorce a discussion with a tax professional or matrimonial lawyer seems prudent.

Importantly the new tax law does not change the provisions of the tax code that make distributions of property between spouses pursuant to divorce non-taxable.  For New Jersey residents the cap on the SALT (state and local tax deductions) could lead to higher taxes in coming years. For high income wage earners, state taxes were likely their major itemized deduction, hence the loss of the alimony deduction and the change of focus to after tax dollars might be the most beneficial under the circumstances.

Regardless as to the impact on the individual, a paradigm shift has occurred which necessitates a rethinking of how alimony is computed. Child support has always been computed on an after tax basis. The inability to shift income to one’s dependents post-divorce will compel a deeper understanding of the tax responsibilities of the payor spouse and adjust our thinking as to how entitlements are computed.