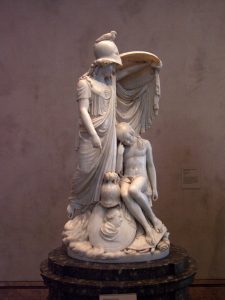 defendant A.B. abused or neglected A.F. (her sixteen-year old daughter), that A.B. willfully abandoned A.F.; and that remarks attributed to A.B.’s sister, J.F., were subject to suppression as embedded hearsay.

Sixteen year old A.F. and her infant son lived with her mother, the defendant A.B., in an apartment owned by A.B.’s sister, J.F.  The New Jersey Division of Child Protection and Permanency (the “Division”) received a referral that teenager A.F. ran away. The caseworker learned from A.B. that A.F. ran away with her infant son several days earlier when A.B. took away her cell phone and laptop as punishment for being suspended from school. The caseworker met with A.F. at her high school and learned that A.F. had been staying with various friends. A.F. communicated her intention of not returning to her mother’s home, and she did not.  Instead, A.F. stayed with a friend, L.V., whose residence lacked electricity. The caseworker communicated her concerns to A.B., who was also concerned but was not willing to allow A.F. and her baby to return to her home because A.F. was very disrespectful. A.B. also stated that her sister J.F. was not willing to allow A.F. to return to the home. A.B. could not provide another place for A.F. to stay but she was not willing to consent to an emergency removal of A.F. The Division resorted to emergency removal of A.F. and placed her and her son in a resource home.

A fact-finding hearing was conducted to determine whether A.B. abused, neglected, or willfully abandoned A.F. within the meaning of Title 9. The trial court sustained defense counsel’s objection to the admission of embedded hearsay in the form of statements attributed to J.F. within the Division’s referral, reports, and documents. At the fact-finding hearing, the Division’s caseworker was the only witness. During cross-examination the Law Guardian asked the caseworker if J.F. ever told her that “she was not willing to let A.F. stay in her house.” Defense counsel objected based on inadmissible hearsay which the trial judge sustained. In summation, defense counsel attempted to introduce J.F.’s refusal to allow A.F. back into the home, but was prohibited from doing so. In its oral decision, the trial court determined that A.B. neglected A.F. because A.B.’s refusal to allowing A.F. and her infant into her home was gross negligence.

The Appellate Division majority did not find that A.B.’s due process rights were violated by the suppression of hearsay testimony concerning J.F.’s alleged refusal to allow A.F. back into the apartment. The Appellate Division majority noted that the trial judge had the discretion to determine the credibility of the evidence adduced at the fact-finding hearing and found no error in the judge’s conclusion that the hearsay testimony regarding A.B.’s sister was unreliable. The dissenting member disagreed contending that the caseworker’s testimony on the matter was competent, material, and relevant evidence. The dissent also disputed the majority’s finding of abandonment under the statute because A.B. gave no indication that she intended to permanently bar her daughter or abdicate her parental rights.

The New Jersey Supreme Court has long recognized the doctrine of invited error, which “operates to bar a disappointed litigant from arguing on appeal that an adverse decision below was the product of error, when that party urged the lower court to adopt the proposition now alleged to be error.” Brett v. Great Am. Recreation, 144 N.J. 479, 503 (1996). In this matter, A.B. asked the trial court take a course of action which she cannot challenge because the consequences of that determination proved unfavorable.

Hearsay is not admissible unless it falls into a recognized exception. When a hearsay stated contains, in turn, another hearsay statement, the embedded hearsay must independently fall within one of the exceptions set forth in the Rules of Evidence (N.J.R.E. 803 or 804) to be admissible. Div. Of Child Prot. & Permanency v. N.T., 445 N.J. Super. 478, 497 (App. Div. 2016); see also N.J.R.E. 805.  J.F.’s alleged refusal to allow A.F. to return to the apartment was referenced in documents about which the caseworker was asked. Although the documents themselves benefited from an exception to the hearsay rule, it was not an abuse of the trial court’s discretion to find that the remarks within those reports attributed to J.F. were hearsay within hearsay that did not fall within an independent exception. Thus, the New Jersey Supreme Court held that, even in the absence of invited error, the trial court judge did not abuse her discretion in excluding the hearsay statements.

The New Jersey Supreme Court reversed the trial court’s finding that A.B. abandoned A.F. In Lavigne v. Family & Children’s Society, 11, N.J. 473, 480 (1953), the standard to prove abandonment was set forth as follows, “any conduct on the part of the parent which evinces a settled purpose to forego all parental duties and relinquish all parental claims to the child.  The Court found that the facts in this matter do not support a finding that A.B.’s conduct amounted to a “settled purpose” to forego her parental rights. A.B. periodically permitted A.F. back into her apartment; A.B. accompanied A.F. to get her reinstated in school; and A.B. upon receiving her own housing, permitted A.F. to return to live with her.