The care and feeding of the lawyer you hire is an important aspect of divorce husbandry. Too often I hear a litigant complain that their lawyer made a deal or a concession without consultation of the client. Some divorce lawyers take a paternalistic role in the responsibilities of their client, which can be a good thing when not taken to the extreme. The extreme occurs during non-emergent situations when the lawyer makes an agreement that affects a substantive right.  Unless you have given the lawyer authority in advance, they should never do something that impacts your 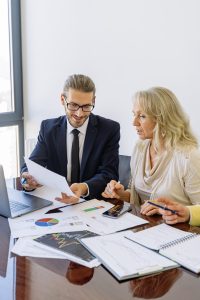 economic or custodial rights without your permission.  Often in conferences with the court concessions can be strongly suggested by a judge or pushed by an adversary, because of this a lawyer can feel cornered.  A good lawyer will always back off reminding the participants that they themselves (the lawyer) can not make such a concession without first discussing it with their client. I have never been in this position when that simple reminder did not cause the court to immediately back off. Judges want cases to move and they want the parties to settle but they are aware that litigants, not lawyers make deals and that lawyers should not make concessions without their client’s authority. The problem that arises, is that lawyers have what is called “apparent authority” meaning if the lawyer agrees to something the law assumes they had the authority to do it.  If your lawyer has made a substantive concession without consulting you document it.  Send the lawyer a letter or an email indicating the date you were advised of the concession and that you were not consulted and do not agree. Insist they reverse the agreement and that they admit they made a mistake.  If they refuse… run.  Get another lawyer quickly and fix it. Waiting could be viewed as agreeing to the terms.

Note that I have been talking about substantive issues.  Substantive issues, for example,  deal with; parenting time, the level of alimony or child support, the payment of fees, and the sale or distribution of property.  Lawyers usually do not seek their client’s consent when dealing with calendar issues unless the issue involves the client.  If you are being deposed or if the deposition of a witness is being scheduled you have a right to be consulted about your availability however if the calendar does not concern you, the lawyer may rightfully resolve the timing of things.

I often analogize my role as a family law attorney to that of a captain of a ship.  When on the high seas and an emergency occurs that requires an immediate decision that is up to me as well as direction and strategy. But ultimate decisions are made by the shipowner ( the client). The relationship between a lawyer and his client is interactive and symbiotic. The need to work cooperatively should be a consideration when choosing your lawyer. Objectives should be discussed and parameters established to reach those objectives. The lawyer develops the strategy to accomplish those goals.  During the process, open communication is important looking at the objectives but always with the understanding that the ultimate decision is always the clients, although that decision may be informed by the lawyer.