Many in today’s society would view the court’s treatment of dogs and other pets as merely property to be equitably distributed in the breakup of relationship as antiquated, given the increasing role that pets are play in today’s society. A common scenario playing out in relationships across the Garden State today is that many couples begin to cohabit and soon after get a dog or another pet to raise together.  Those of us on social media regularly see pictures posted of couples and their dogs in which they are categorized as their “baby” or loved one.  Couples spend significant time in researching which pet to purchase or rescue from the shelter.   They spend significant time and money on training and caring for an animal that many consider to be a member of the family. 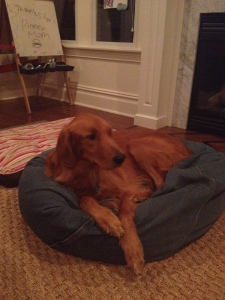 failed to consider how the special subjective value of the dog to the former girlfriend was evident in her testimony. The former girlfriend testified about  how important the dog was to her and how she immediately sought to enforce her right to possession of the dog.  Furthermore, in reversing the decision of the trial court, the Appellate Division found that the former boyfriend did not establish at trial that enforcing the parties’ oral agreement would unjustly reward his former girlfriend, violate public policy or be unduly harsh or oppressive to him.  The appellate court categorized the dog as a unique piece of property with significant sentimental value such as a family heirloom and, therefore, monetary compensation was not a sufficient remedy. Once remanded, the trial court found that the parties should be categorized as joint owners of the dog. The trial court again affirmed the position that pets should be treated as property and refused to apply “the best interest of child standard” to a pet custody case.

Unlike in the case above, most relationships end without a prior existing agreement regarding who will receive the pet after the breakup.  Even in the case discussed above, the trial court appeared to have reached an equitable remedy of naming both the litigants as owners of the dog.

What is significant about cases like the above is the notion that while litigants may view their pet as a family member or akin to a child, the courts do not treat pets as child.   A child is not property and when a court must award custody and parenting time of a child, the court applies a “best interest of the child” standard.  Although often a well-loved, living, breathing companion, a pet is still considered property by a court at the end of a relationship or marriage and, therefore, the courts do not apply a “best interest of the pet” standard.   As indicated above, however, a pet might be considered special or unique property, and the court might consider evidence such as who purchased or adopted the pet, who cared for the pet, who trained the pet, and the personal significance of a pet to each of the parties.  If the parties have children, the significance of the pets to the children might also be relevant in the “distribution” of this type of property.

Litigating pet “custody” has become more and more common.  While the courts refuse to categorize pets as anything other than personal property,  the family court is a court of equity and may employ equitable remedies when addressing what can be a volatile and emotional issue.  When dealing with these issues, the Law Office of James P. Yudes, P.C. has the knowledge and expertise to assist you.