Approximately one year ago, my colleague wrote a blog post raising awareness and spreading concern about how the communications and content found on one’s social media could potentially be used against them in a variety of ways in Court.  It is no big surprise that with the explosion of social media and the countless ways individuals can communicate in an ever evolving world of technology that those communications are being monitored for potential use in litigation.  The family courtroom is specifically one that is susceptible to this type of evidential content as there are numerous areas of concern that would/could otherwise be difficult to affirmatively assert or prove.  For example, one of the primary issues where this type of evidence has been used and/or sought is in the context of alimony and cohabitation claims.  This is consistently a difficult thing to prove for a supporting spouse and oftentimes a supported spouse could unknowingly or unintentionally provide all the proof needed for a supporting spouse’s claim through communications made and/or received via social media.  With all of that said, the Supreme Court of New Jersey recently made a determination, by way of granting a petition for certification, in which they agreed to rule on a jurisdictional battle related to ethical charges brought against two attorneys for allegedly using social media as a discovery tool. 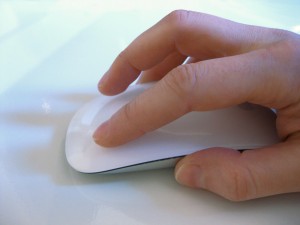 In the case referenced above, which will be decided by the Supreme Court of New Jersey, it is alleged that the two attorneys involved had their paralegal send a “friend” request on the social media website, Facebook, to a plaintiff who was represented by counsel in a personal injury action in which those attorneys represented the defendant.  The paralegal did not disclose her connection to defense counsel, and ultimately the information obtained by this tactic was brought to Court in an attempt to minimize or defeat the claims made by the plaintiff as to the extent of his injuries.  Of particular note, according to the grievances filed against the two attorneys, was the fact that at least some of the information obtained was not publicly available and was obtained pursuant to the Facebook “friend request.”  In this particular case, an action was brought against the attorneys before the district ethics committee, which in turn decided not to pursue the grievance.  Subsequently, a grievance was then filed with the Office of Attorney Ethics (OAE) which ultimately overruled the district ethics committee’s decision not to pursue the grievance.  At this point in time, the substantive merits of the ethical grievance have yet to be considered by either the district ethics committee or the OAE.  The focus of the Supreme Court’s review will be whether or not OAE had the authority to overrule the district ethics committee’s decision not to pursue the ethical grievance. 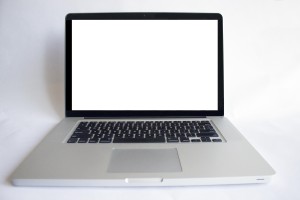 While the there won’t necessarily be any focus on the substantive merits of the ethical grievances filed against the attorneys at this time by the Supreme Court, it does beg the question as to when, if and how those substantive merits would be decided.  It appears that the crux of the allegations against the attorneys is based upon the fact that otherwise private/unobtainable information were allegedly procured in a fraudulent and/or deceitful manner.  While no one can predict the future as to what may or may not happen with regards to the substantive portion of these ethical grievances, it appears quite clear that there is a distinct difference between accessing publicly available social media content and accessing privately kept social media content through fraud or deceit.  Regardless of how the substantive merits play themselves out, attorneys and litigants alike should take note of my colleague’s warning that anything found on social media could and would be used against you and therefore it is prudent to practice restraint on what is communicated to and from you on social media outlets as one can not and should not simply rely on a potential evidential argument as to that content after the fact.