In modern society, it is common for unmarried couples to live together without being married.  When an unmarried cohabiting couple separates, however, the rights to equitable distribution and 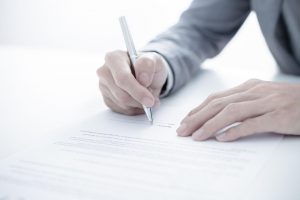 alimony does not exist.  No matter how long an unmarried couple has lived together, they do not have the legal rights and protection that divorcing couples enjoy.  Cohabitating, unmarried couples also do not enjoy the rights and protections that married couples having during their marriage, such as filing joint tax returns; receiving distributions from estates free of estate tax; receiving survivor’s benefits from retirement plans and Social Security; obtaining “family” health insurance, dental insurance, and other employment benefits; and automatically sharing in his/her partner’s property in the event he or she dies without a will.

While some cohabitating couples think they are simplifying their lives by not getting married, the reality is that cohabitating couples who are separating may encounter the same issues that divorcing couples do, such as dividing assets and debts, gifts, loans, business interests, custody, parenting time, child support, and more, but without the same legal protections. However, if an unmarried couple entered into a valid cohabitation agreement, a New Jersey court can enforce such an agreement. Unmarried couples can bring claims against one another based on a promise of financial support or a promise to share separately owned property (sometimes known as a “palimony” claim) only if:

A cohabitation agreement provides a way for a couple who want to live together the ability to protect themselves from future unnecessary cost and litigation should their cohabitation end. Such an agreement allows for the parties to clearly delineate and safeguard their individual property and other rights and determine in advance the division of specific assets. Unmarried couples can also employ equitable remedies such as (1) resulting trust, (2) constructive trust, (3) quantum meruit, (4) quasi- contract, and (5) transmutation are available under the proper factual circumstances, to a spouse laying claim to assets acquired by the other spouse during the period of cohabitation prior to marriage.

Recently, in an unpublished opinion by the Appellate Division in Esteves v. Cabaca, (A-1847-16, May 11, 2008) the plaintiff alleged that the parties cohabitated and that during the parties’ cohabitation they entered into an oral contract providing that if the plaintiff paid off the mortgage on the defendant’s home, she would either convey an interest to him in her home or she would execute a mortgage in his favor. The Plaintiff paid off the mortgage on the Defendant’s home, but the defendant failed to execute a deed or a mortgage. The plaintiff sought relief for breach of contract. During the trial, the plaintiff argued that the parties had entered into a palimony agreement. However, the trial court found that there was no evidence the parties entered into an agreement that fulfilled the requirements necessary to prove the existence of a palimony agreement pursuant to N.J.S.A. § 25:1-5(h) and dismissed the complaint.

On review, the Appellate Division stated that “because the trial court did not find the plaintiff’s testimony credible, any testimony he provided about the existence of an agreement is not competent.” The Appellate Division also stated that, “even if plaintiff’s testimony were credible, there is no evidence that the parties entered into a contract. An oral contract requires a meeting of the minds, offer and acceptance, consideration, and sufficiently defined terms, see Weichert Co. Realtors v. Ryan, 128 N.J. 427, 435 (1992). The plaintiff merely noted defendant stated she would pay him back for making the subject expenditures. In order for there to have been an enforceable contract in this matter, defendant would have needed to have agreed to reimburse plaintiff before he made the subject expenditures on her behalf. There is no evidence she did so. For plaintiff to claim without more that defendant promised to pay him back is not sufficient to establish such promise constituted a binding contract.”

As can be seen the factual circumstances of this case, agreements between cohabitating couples are enforceable but it is crucial that they meet the specific  requirements of the palimony statute in order to be enforceable.  If you and your partner have decided that you do not necessarily want to get married, but you do want to live together in a committed relationship and financial provisions are to be made to one another upon separation, or assets and/or liabilities are going to be acquired by the two of you as a couple, it would be wise to consider a cohabitation or palimony agreement.  The law office of James P. Yudes, A Professional Corporation are here to help you.