Protests have erupted over some of President Donald Trump’s immigration orders and policies. 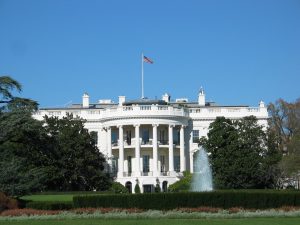 Candidate Trump and President Trump is correct that he has brought immigration issues to the forefront in American politics. END_OF_DOCUMENT_TOKEN_TO_BE_REPLACED 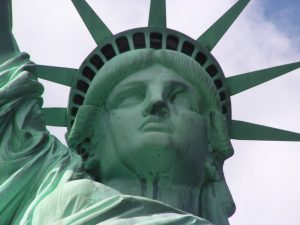 Nationality Act (INA), enacted by the U.S. Congress in 1952, and the Immigration Reform and Control Act (IRCA), which was passed by the U.S. Congress in 1986 in an effort to curb illegal immigration.   The U.S. Supreme Court has has almost universally overruled any state’s efforts to regulate immigration, not only based upon the Supremacy Clause of the U.S. Constitution, but also to ensure a national standard on immigration rather than various patchwork laws by the individual states.  Family law, however, is an area that falls into the control of the individual state’s authority to legislate and govern. END_OF_DOCUMENT_TOKEN_TO_BE_REPLACED

The first Tuesday of every November serves as Election Day in New Jersey and across the United States.  Immigration, both legal and illegal, continues to be controversial issue in current elections.  On Election Day Eve, November 2, 2015, the New Jersey Appellate Division published their Opinion in OYPC v. JCP, — N.J.Super. — (App. Div. 2015), addressing the issues of immigration and custody.  In the case, an older sibling petitioned the court to gain custody of her eighteen year old brother.  Her brother was born in Guatemala, where the father’s name was not listed on the boy’s birth certificate, nor was the father involved in the boy’s life.  The boy’s biological mother (JCP) never disclosed to the child that he was his mother.  Rather, after the boy was born, JCP turned the boy over to his 17 year old sister (OYPC) to be raised as her own child, and JCP pretended to be the boy’s grandmother.  The sister (OYPC) cared for both the boy and her mother (JCP), and OYPC also supported the family. END_OF_DOCUMENT_TOKEN_TO_BE_REPLACED