On April 28th 2014 the Appellate Division issued an unpublished decision in the post-judgment case of Fox v. Fox, A-2339-12T1, 2014 WL 1660394 (N.J. Super. Ct. App. Div.). The Appellate Division reversed and remanded the trial court’s decisions to deny Dorothy Fox n/k/a Lamuraglia’s motion to modify child support. Ms. Lamuraglia was seeking to terminate her child support on the grounds that the child was about to start college. The trial court’s reasoning at the time of the decision was that Ms. Lamuraglia failed to present prima facia evidence of changed circumstances that would warrant a reduction in child support under the polestar case of Lepis v. Lepis, 83 N.J. 139 (1980). In reversing and remanding the lower 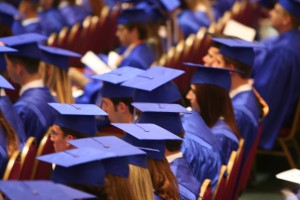 In the Jacoby case the Appellate Division addressed whether child support should be reduced when a child goes to college. The Appellate Division confirmed that a child’s attendance at college is a change in circumstance warranting a review of child support, but held that there is no presumption that a child’s need for financial support lessens because the child attends college. Rather, each case is fact sensitive and depends on the factors of N.J.S.A. 2A:34-23(a). The Appellate Division agreed that the Defendant had experienced a change of circumstance due to the decline in his income but also found that the Defendant had failed to establish that the children’s needs were reduced because they were in college.

The court then gave examples of how expenses for the children may not necessarily decline upon their entry into college away from home. The children may need a local home to return to on breaks from school. The court pointed out the while some expenses that are part of college costs such as their room and board may decline, there are other expenses that may not have declined after entering college, such as transportation, clothing, furniture, telephone, toiletries, linens, entertainment and spending money. The court must also consider what part of these expenses the student can meet on his/her own. A parent’s contribution towards other college expenses is also a factor.

The court ultimately concluded that because of the fact sensitive nature of these cases, the Child Support Guidelines cannot be used to calculate child support. The Guidelines do not apply to non-emancipated children attending college. Rather, the factors of N.J.S.A. 2A:34-23(a) must be considered. If there is an unusual circumstance where the court finds that the Guidelines should be used to determine support for children in college, the court has to recite specifically all findings supporting that conclusion. The trial court in Fox, like in Jacoby, failed to explain why the Child Support Guidelines were utilized.

It is important to have right legal representation when seeking to establish, modify or terminate child support. Having considerable experience and expertise in the area of child support obligations and the Child Support Guidelines, the attorneys at James P. Yudes, P.C., are available to assist you with any additional questions or concerns that one might have.