When it comes to questions regarding equitable distribution, the one that seemingly gets overlooked or underappreciated the most often is the question revolving around how to divide or distribute the marital liabilities or debts of the marriage.  It is so much easier to comprehend and make distributions of the assets of a particular marriage, but clients often do not necessarily understand or conceptualize that the marital liabilities and debts need to be “distributed” too.   Parties may dispute how to handle their car or their marital home, but what about the mortgage(s), the car loans, their credit card debt, and any other outstanding personal debt?  However, like many legal questions, there is no clear-cut answer as to how this is effectuated in all practicality. 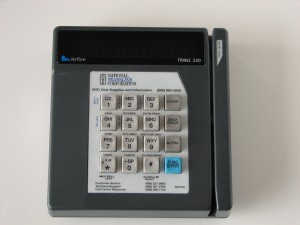 With regards to equitable distribution determinations, there is a three-step process that a trial court must follow: “(1) identify the specific property determined to be subject to equitable distribution; (2) determine the value of each asset; and (3) equitably distribute the assets.” Rothman v. Rothman, 65 N.J. 219 (1974). In New Jersey, while the determination, valuation and distribution of marital assets have been developing by case law, there is a dearth of law concerning the distribution of marital debts. Monte v. Monte, 212 N.J. Super. 557, 566 (App. Div. 1986).  Accordingly, the answer to the oft forgotten question is not readily or easily available.

Despite the limited case law in the State of New Jersey on this specific topic, the Courts in this State, both on their own and through looking at what other jurisdictions have done, have set forth the primary determination that needs to be made is whether or not the debt or liability is a marital debt or non-marital one.  Citing to a Maryland trial court decision, the New Jersey trial court in Monte distinguished between marital debts, which are directly traceable to the acquisition of marital property, and non-marital debts which are not. Monte, supra, 212 N.J. Super. at 567 (citing Schweitzer v. Schweitzer, 301 Md. 626 (1984)).  If non-marital, the debts are taken into account as a reflection of the party’s economic circumstances when the court determines the amount and method of payment of the award. Id. If the assets are to be divided between the parties, the debts incurred in obtaining those assets should likewise be allocated between the parties. Monte, supra, 212 N.J. Super. at 567 (citing Hansen v. Hansen, 302 N.W2d 801 (S.D. 1981)).   Keep in mind, that the determination of whether a debt or liability is marital may not end the dispute.  The court has to determine how to distribute the liability “equitably”, and “equitably” does not in all cases mean “equal”. 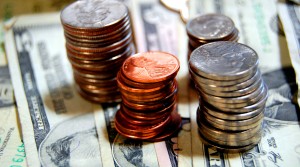 One of the areas where I have seen  parties dispute how to distribute a debt involves an income tax liability incurred by one or both of the spouses during the marriage.  Not unexpectedly, there is not a lot of case law dealing with this particular issue either, but there have been several relatively recent unpublished decisions by the Appellate Division that offer some insight.  Any income individually received by the parties during the course of the marriage, prior to the filing of a divorce complaint, shall be considered marital property and,  therefore, any liability incurred from the failure to pay taxes on that income shall constitute a marital liability. Rouba v. Rouba, 2011 WL 3586134 (App. Div. 2011) (citing Clark v. Clark, 324 N.J. Super. 587, 596 (Ch. Div. 1999)). The portion of income tax liability for income earned during the marriage is traceable to a marital asset and, therefore, shall be considered a marital debt. Id. at 8 (citing Monte, supra, 212 N.J. Super. at 567). In another case called Bursztyn, the Appellate Division held that an income tax liability, along with the interest associated therewith, was a marital liability because the parties financed their extravagant lifestyle, in part, by failing to pay their full annual income tax obligations. Bursztyn v. Bursztyn, 379 N.J. Super. 385, 392 (App. Div. 2005). The Appellate Division, in another unreported decision, held that tax liens imposed by the Internal Revenue Service shall be satisfied out of the proceeds from the sale of the marital home when the liability arose from joint marital income during the course of the marriage. Edell v. Edell, 2005 WL 3148102 (App. Div. 2005). The Appellate Division, in another unreported decision, held that federal and state income tax liabilities incurred as a result of a failure to pay taxes during the period of the marriage shall constitute marital liabilities. Elijius v. Elijius, 2008 WL 631276 (App. Div. 2008).  Based upon the above, the Courts in this State have generally included income tax liability, and even the interest accrued thereon, as marital debts/liabilities that must be equitably distributed.

This post is certainly not meant to be all inclusive or all encompassing on the question of the division of marital debt, as the concept can be quite fact sensitive.  A basic concept to take away from this area of the law is that the determination of whether a debt is marital or not is not based on which party’s name the debt is held in, but whether the liability was incurred to obtain a marital asset.    If yes, the debt may count as a marital debt subject to equitable distribution; if no, it may not count.  The inquiry does not end there either, because if marital, then the court must determine how to equitably distribute it, and that can be a tricky question to answer depending on the nature of the asset and how it is valued.  These issues are fact sensitive.  Accordingly, it is always in anyone’s best interests to discuss the fine points of their particular situation with the attorneys at James P. Yudes, A Professional Corporation, who regularly handle these very types of issues.