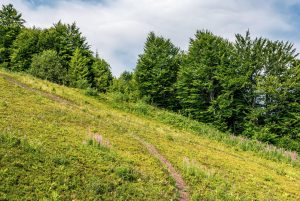 The issue before the Appellate Division was the legal interpretation of N.J.S.A. 46:3-17.4 which was contained within a series of provisions, N.J.S.A. 46:3-17.2 to 17.4, approved in 1988, and applicable to all tenancies which were created on or after that effective date. In addition to defining what constitutes a tenancy by the entirety, section 17.4 provided that “neither spouse may sever, alienate, or otherwise affect their interest in the tenancy by entirety during the marriage or upon separation without the written consent of both spouses”. The Appellate Division noted that prior to the adoption of this statute, the case law of this date had authorized courts to compel the partition and sale of a spouse’s interest in property held in a tenancy by the entirety in instances where equitable considerations justified such a remedy, including as noted in the Supreme Court case of Newman v. Chase, 70 N.J. 254(1976). Notwithstanding that under the prior case law, the apparent equities may in fact have favored the creditors in this matter, namely that the parcel of property had not been used as a marital residence, and that the funds extended by the creditors to the husband allegedly related to the anticipated development of the property, the Appellate Court nevertheless determined that this statute precluded the partition and for sale of the real property because it was owned as tenants by the entirety. They concluded that the statutory prohibition applies to such a situation where, as here, one spouse’s failure to pay his personal debts to third party creditors with a resulting money judgment against him; otherwise, a free-wheeling spouse, by amassing such individual debt could detrimentally “affect” the other spouse’s interest in their co-owned property. However, the Appellate Court made clear that it was not precluding a remedy by creditor against a property held by tenancy by the entirety when the title was deeded as a fraudulent conveyance in order to avoid known debts to creditors, nor did they want their decision to in any way question or qualify the distinguishable authority of a court to order the sale of a marital asset held by tenancy by the entirety in the setting of a divorce action.

As a practical matter what does the holding mean for the non-debtor spouse in a divorce case? Jimenez deals primarily with the ability or inability of third-party creditors to go after property held as tenancy by the entirety where only one spouse is the debtor. Clearly the rights of a creditor to obtain a forced petition of such property, absent consent of the non-debtor spouse, are prescribed by statute according to the Appellate Division. Hence, a non-debtor does not seem to have to worry that the other spouse’s creditor themselves being able to force the sale or take away the marital home, assuming it is held as tenancy by the entirety. Certainly this appears to be the case where the spouses are still married or merely separated. However, that is not to say that those underlying debts, including those incurred by the “free-wheeling” spouse, won’t need to be addressed in the event of divorce. Who will be responsible to pay them? What was the reason for the debt? Was it for a “marital” purpose or not? Just like a court can determine how assets should be “equitably” distributed, they are also charged with doing so when it comes to distributing debts incurred during the marriage. As was noted in Jimenez, the judge in a divorce case is not precluded from requiring the sale of a property, even those held as tenancy by the entirety, to pay off marital debts regardless of who incurred them. In the divorce case, debts owed to third-party creditors will need to be addressed one way or the other. Jimenez merely prescribes the remedies available to the creditors themselves to go after property held as tenancy by the entirety.